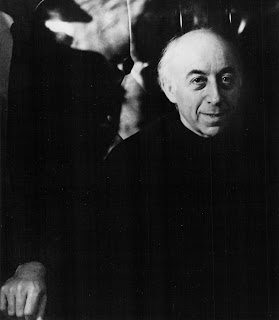 The Music Muse was a visitor when I was a girl. She was not really my muse. She belonged to my father, a musicologist and a fine pianist. My parents were German Jews who raised me and my brothers in the great European tradition of music and literature. Musical evenings were a family ritual, especially when my mother‘s mother, my Oma, came to visit. They connected us to our European roots. My father had entered my mother’s family as the piano teacher, in Holland. When he married my mother in 1938 he entered a family that had the means to escape the catastrophe that loomed over the Jews.

My father was a haunted man. He yelled at my mother. He yelled at us children. Ghosts were riding him, but he seldom spoke of them: his mother and father had died in the Shoah; so had millions of nameless dead, whose fate he’d escaped.

When the Music Muse came to our house all the raw angry pieces of the day fell away— the atmosphere softened. My mother relaxed. My brothers relaxed. My shoulders relaxed. My angst and my vigilance took a breather. The ghosts were there; I felt them. But they had stopped careening around, making a big commotion. They settled down, as did we children, and listened to the Music Muse.

She came as Bach. My father’s crisp, clear articulation enhanced the long lyrical phrases of a fugue or an adagio. He had been on his way to becoming a concert pianist as a young man in Germany, when he injured his hands. They were small hands—he could barely reach an octave. It was a catastrophe at the time. My father taught me that something good could come out of the bad. It changed his path. He always said that he was grateful, because he was much more suited to being a scholar of music.

Sometimes the Music Muse came as Schubert. I loved to hear my Oma sing Schubert lieder, my father at the piano. They are poems set to music. Oma’s voice vibrated with feeling. She was telling her story through those songs. My soul was stirred. I was filled with a longing for something intangible that lay beyond the everyday, beyond the fear and the rage, beyond the unredeemed dead and the broken lineage. Music, I’ve come to understand, was the religion of my childhood. It was blessing, solace, and prayer, how spirit became manifest, how passion was expressed, how soul returned to our haunted lives.

My father, I can hear him now, would be the first to say that the Music Muse and the Poetry Muse were sisters, even twins. They began life together back in the beginning of human time. He would point out, if he were alive to comment, that my poetry is very musical, and he would take full credit for that. Certainly it was he who inspired the title poem of my new collection, “Adagio & Lamentation” which invokes one of those musical evenings in my childhood. And it was my musical step daughter, Lisa Safran, who put this poem to music, bringing the Music Muse and the Poetry Muse together again.


Photo: Edward Lowinsky (toward the end of his life) by Nikki Arai
Posted by Dan at 2:27 PM 0 comments