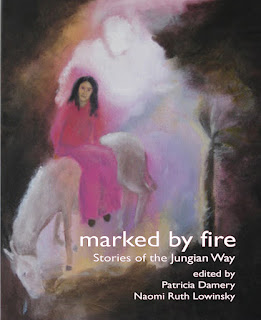 Marked by Fire: Stories of the Jungian Way
(Available April 2012)

What possesses people to leave collective consciousness—the comfort and security of the mainstream—and follow an arcane path in which they cultivate their dreams and visions, follow synchronicities, talk to inner figures, use ancient divining tools such as the I Ching, study myth and fairy tales, wrestle with their shadows and generally wander far away from the familiar worlds of family and friends?

There are as many stories of how this happens, as there are Jungians. In Marked by Fire you can read 13 soulful and gripping versions of the story. Here is a part of my version, which I didn’t have space to tell in Marked by Fire.

My story begins many years ago when my children were little. I was a lost young woman, severed from my deep Self. I had a frightening dream:


My baby daughter’s head was severed from her body. My mother’s voice said: “You’ll never get her together again.”

The dream spooked me. I thought something bad was about to happen to my child.

In a synchronistic event that changed my life my girl friend’s mother—who was seeing a Jungian in therapy—invited her daughter and me to a Jungian Conference called The Forgotten Feminine. I knew nothing of Jung and had no idea what the conference title meant, except that it tugged at me. I wanted to go. 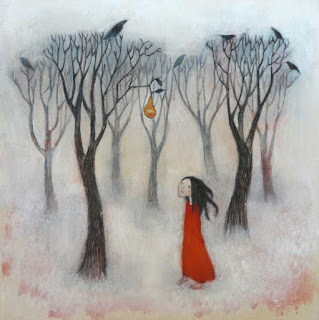 The Handless Maiden (by Lucy Campbell)

At the conference I heard mature, wise, potent women—Jungian analysts—unlike any women I knew in my life—describe their work with their patients. This was the late 1960s. They told stories of women who were lost in their lives, who had forgotten their creative gifts, forgotten their souls, who had given themselves away to their men and their children, buried their deep natures and their wildness, severed their heads from their bodies. I learned that in the sanctuary of their Jungian analyses they found their souls, reclaimed their writing or painting or dancing, connected their heads and their bodies, found their deep selves. It was suddenly clear to me that my frightening dream was not about my daughter, it was about me. I was in trouble. I turned to my friend’s mother and asked her about that Jungian she was seeing.

That is how I tumbled into a Jungian analysis. It saved my life. I wrote a poem about it:

letter to a first analyst

I caught the dream and rose dreaming
H.D.

i had been living in my body
as though it were an unmade bed for years the smell of decomposing
dreams under the bedside table crumpled kleenex bad blood spotting
the sheets the children were so little they wandered in
wanting their breakfast and me just waking from a dream of spitting out my teeth on the road or dream of using a contact lens for contraception it splintered
inside me what spirit led me to you after the terrible dream—my daughter’s head was severed from her body— my mother’s voice said: “you’ll never get her together again” 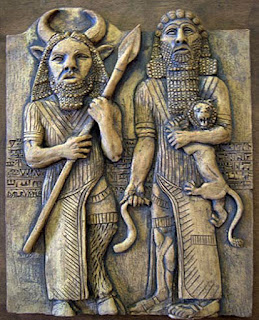 Years later one of the women who stood on the stage of that conference on The Forgotten Feminine—Elizabeth Osterman—would greet me when I was a new candidate at the Jung Institute. She’d been watching me, she said. “You are a poet. You must follow your nature.” Though she was never my analyst or consultant, she was a powerful figure for me; I felt her support for my deep nature. When she died I wrote a poem called “Dirge” in which I looped back to my first experience of her. Here is that section of the poem:

that a woman
writing down her dreams
can spiral inward
to her dark center
and come back out with flaming colors
and her own wild tongue!

(published in red clay is talking)

My story is not unusual in the Jungian world. In Marked by Fire, the collection of memoirs edited by Patricia Damery and me, there are many such stories. Sometimes it is a dream that opens up a person’s psyche, sometimes a longing, a difficult conflict, a terrible event like the death of a mother or a serious illness. The Jungian way involves noticing the small voice within you—your muse, your soul—that speaks from another realm; it requires attention to the world of dreams and synchronicities, an openness to the irrational and the awesome, an ability to see life’s pain and suffering as a meaningful aspect of one’s path.

These personal stories by Jungian analysts are about the direct experience of the unconscious—the fiery process of becoming ourselves. They are food for the soul. 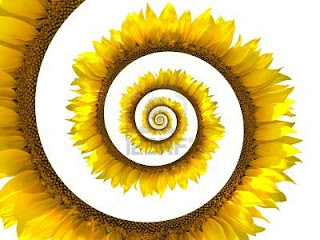 News from the Muse

The Spirit of the Depths forced me to speak to my soul, to call upon her as a living and self-existing being.


The Sister to Read at Books Inc 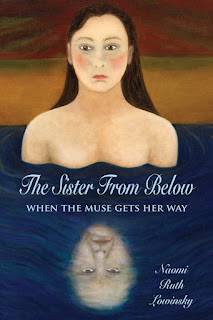 I will be reading from The Sister from Below as well as from my book of poems, Adagio & Lamentation at Books Inc. in San Francisco’s Opera Plaza, 601 Van Ness Ave, on Thursday March 29th at 7 pm.

I am grateful to Phyllis Stowell who will be reading with me, for organizing this event. Phyllis is a fine poet, and Professor Emerita of St. Mary’s College.

It has been almost twenty years since The Sister From Below first had her way with me. She came to me as I was sitting down to write a paper on a Jungian theme. Suddenly I heard an inner voice saying: “It’s time for me. I’ve been waiting long enough. You need to go back to the poetry you used to write.”

Now, understand, I had recently been certified as a Jungian analyst. I wanted to give a profound paper at a Jungian conference and impress my colleagues. The Sister informed me that she was the source of true profundity, for she is my muse, my soul. She and I had it out until we found a middle way: her voice would be heard in my work, so would the poems she gives me, but I could present our conflict in a paper for the Jungians. 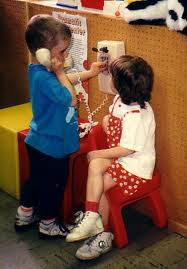 In my Jungian training I had read about Jung’s technique of active imagination, in which one speaks to dream figures or to inner figures that just show up, like the Sister did. But until she insisted her way into my consciousness, I did not really understand that an inner figure is autonomous—a “living and self-existing being” as Jung puts it. Letting her into my life created a rift in consciousness—opened an inner space called the underworld by the ancient Greeks, the imaginal by archetypal Jungians, meditatio by the alchemists, transitional space by psychologists, make-believe by children. This is a magical transformative realm, the wellspring of my poetry and a place to heal and recuperate from life’s storms. When the Sister appeared she ushered me into this place, and forever changed my life.

When the Spirit of the Depths came to Jung, he discovered a whole world within himself, and recorded his experiences in The Red Book. Later in his life he studied the work of the alchemists, and found that they knew all about this magical place. They wrote of meditatio and imaginatio. In Psychology and Alchemy Jung quotes Ruland’s Lexicon Alchemiae which defines meditatio as follows: “The word meditatio is used when [one] has an inner dialogue with [oneself], or with [one’s] good angel.” He writes:


The imaginatio, as the alchemists understand it, is in truth a key that opens the door to the secret of the opus…It was a question of representing and realizing those ‘greater” things which the soul…imagines…

Here’s a poem from Adagio & Lamentation about Iris, the goddess of the rainbow and of writing. 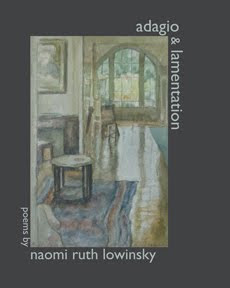 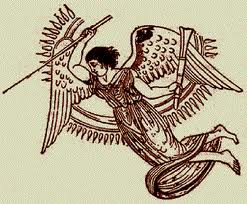