Celebrating the Harvest: Reading for the Earth 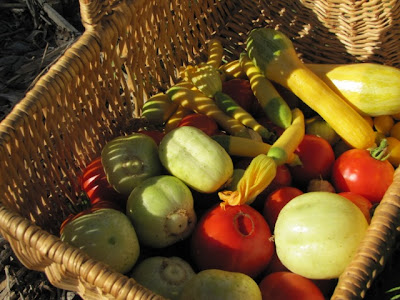 Harvest is an ancient and sacred ritual, marking the year’s cycle, expressing our gratitude for the fruits of the Earth. In these dangerous and fragmented times how do we give thanks to our Mother Earth and to the farmers who feed us?

We are three poets and a novelist, who engage passionately with ecological issues in our work. Please join us for a harvest of earth-centered writing at First Light Farm Stand. 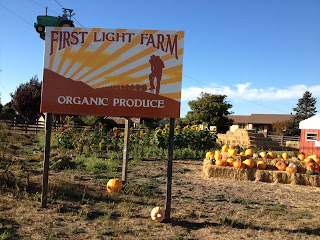 If you’re worried about Monsanto and the loss of species, or want to know more about the poets who will be reading, check out Sharon Heath’s blog posting On Butterflies and Men http://www.sharonheath.com/2013/08/of-butterflies-and-men.html.

My poem “Lust and the Holy” is featured in the on-line literary magazine Wild Violets, http://www.wildviolet.net/2013/07/28/lust-and-the-holy/#.UgPLcHBDXJw accompanied by a delightful image. I hope you’ll check it out.

The Muse of Dreaming


Dreams are the guiding words of the soul.
—C.G. Jung, The Red Book 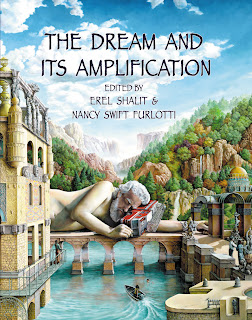 The dream is the muse of my muses—my portal, my guide, a letter from the gods. Sometimes it is a terrifying soothsayer of catastrophe, sometimes a wild animal that slashes old ways of being, insists I become myself. I can tell you my whole story in dreams. I can read you the stepping stones of my path in poems sparked by dreams. My poetry collection, crimes of the dreamer, is full of poems that began as dreams. Here’s part of one:

Those of us who follow the track of the dream have been given a gift. The Dream and Its Amplification, with that magical sleeping giant on its cover, has just been published by Fisher King Press. Edited by two Jungian analysts, Erel Shalit, an Israeli and Nancy Swift Furlotti, an American, it is a treasure trove for the dreamer and the dream interpreter. For me, The Dream and Its Amplification is a dream come true. I am honored to have a chapter in the collection. To find myself in the company of an international group of Jungian writers who tell spellbinding stories of the inner life and the power of dreams, writers who move seamlessly between the conscious and unconscious realms, who take our hands and lead us into the deepest mysteries, is a harvest of my life as a dreamer, a Jungian and a writer. Their writings open doors to realms that amplify my own dream life.

Some writers lead us into ancient religious views of the dream. Ken Kimmel tells us a story of his youth, studying dreams of divination among Maya–descended shamans in the Highlands of Guatamala. Henry Abramovitch guides us into the complicated world of Jewish dreaming—dreams told in the Bible and Rabbinic views on their interpretation. Nancy Qualls-Corbett invites into the feminine mysteries. Ronald Shenk considers the dreams as gnostic myth.

Some writers reveal the story of their own lives in dreams. Tom Singer gives us an overview of his entire life through his amplification of a snake dream from his youth. Gilda Franz reveals the powerful dreams she and her husband had before his sudden death.

Some writers invite us to follow the track of their wandering in worlds unknown to most of us. Kathryn Madden introduces us to the 17th century mystic—Jacob Boehme. Christian Gaillard invites us to follow his intricate amplification of an ancient fresco from Herculaneum. We meander with Gotthilf Isler among Alpine legends. With Erel Shalit we enter the inner life of an Israeli dreamer at a time of great collective upheaval—the beginning of the Intifada. 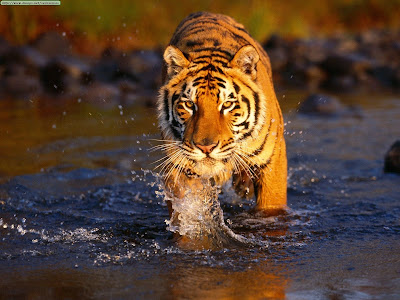 In several pieces we find ourselves in the consulting rooms of fellow analysts, following the track of powerful dreams. With Nancy Swift Furlotti we follow animal tracks in the dreams of a woman who is visited by wild cats and crowned serpents. Furlotti writes:


Dream animals lurk in the background of our psyche, growling, barking, hissing from our deep, dark recesses, reminding us of their presence and the fact that we, too, are animals.

I identify with Nancy’s patient, whose dreams of wild cats “brought attention to an unknown part of herself and facilitated a reconnection to the instinctual world of the feminine in her, which was strong, self–determined and spiritual.” I have often been visited by wild cats in dreams, by lions—I am a Leo—by tigers that have changed my life.

These cats leap into my poems. They show up when my muse is feeling neglected, demanding attention. Once the children were grown up and gone a lion showed up in the Jung Institute library, said he loved me so much he would eat me. This image leapt into a poem. The poem spoke to my fear of “my hottest familiar/true cat/of my birth…”


(published in red clay is talking) 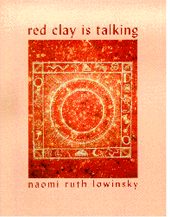 In later dreams the wild cat becomes a tiger. Tigers are said to be more solitary than lions. As the mother, stepmother and grandmother of a large tribe I’ve needed to learn to honor my introversion. Tigers show up when I don’t. Tiger poems show up in The Faust Woman Poems—poems about my generation of women, released from millennia of shackled lives by the emergence of the Goddess and the upheavals of feminism. In one poem, “Your Familiar,” I describe the conflict of leaving a marriage with young children in the ‘70s and being visited by my muse in the form of a starving tiger. In another, a sonnet called “Mystery,” a tiger is the answer to my wish for a dream. Here’s the sonnet:

I ask my dream to tell me a story, show
me an image, send me a message, anything to free
my trapped spirit —caught in some old woe.
Dream gives me a tiger. I can see
he’ll hurl me to the ground. Am I his meat?
Is he the essence of that girl
who prowled the woods, talked to the trees
watched the river swirl?

O tiger it is spring! Wisteria
and mountain laurel bloom. I have this only
life but you appear in many forms—mystery—
familiar. Last night you lurked about the center
of the town. Am I supposed to wake from sleep
and let you enter?

It’s not just wild cats that have shown up to alter my life and give me poems. Snakes are frequent visitors. So are whales, goats, wolves, a fox with turquoise teeth and a horse from the Paleolithic. These visitors enchant me. So do the wild creatures in so many of these essays. I am charmed by Tom Singer’s snake, and his life long devotion to its amplification. I appreciate his elegant summing up:


I think of the realm of the snake as offering a bottom–up, non–rational center of consciousness rather than a top–down rational view in which the mind orders everything.

I am delighted by Monika Wikman’s dream in which the animals are given the right to vote. The animal spirits take their seats at a round table.


They had out their voting ballots, and each was actively voting with its fins, paws, hooves, etc. One of the animals there, a female dolphin, looked at me as she voted and gave me a smile that radiated happiness and some spirit of recognition between her and me.

That smiling dolphin stays with me, makes me feel hopeful about our planet.

In my own chapter, Muse of the Moon: Poetry from the Dreamtime, I tell two big dreams— muses that revealed essential poetic landscapes and changed my writing life. In the first, I am standing with my poetry teacher, when “a horse, straight out of a Paleolithic cave painting, gallops across the meadow. It is so beautiful, so vivid; it takes my breath away.” This dream came before I had my first appointment with the woman who would become my poetry teacher for a decade—an initial dream showing me exactly the nature of the work I’d be doing with her—finding my roots as a poet in the shamanic realm. 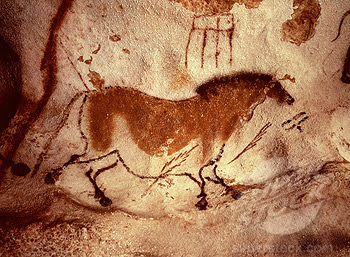 In the second dream a “woman from long ago who is also me, is met at the door of the church [the Santuario at Chimayo] by a priest, who gives her a brooch in the shape of Mary—carved in amethyst. He pins it on her shawl, at her throat. A voice from the altar calls out: “Faust Woman.” This dream totally bewildered me. I had no idea what it meant. But it stuck to me, worked on me for years until the track of my associations and amplifications led me into The Faust Woman Poems—my fourth poetry collection. 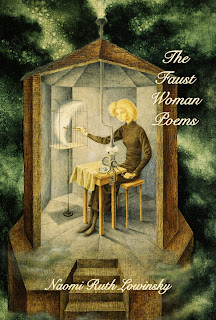 I am grateful to Erel Shalit and Nancy Swift Furlotti for this remarkable collection of essays. They open so many windows to the soul and bring light to such mysteries. They remind us that the ancient practice of dream work is alive and well among Jungians.

I wrote a poem, years ago, to honor my second analysis, which describes the power of dream work for me. Here it is:

SHE    in great heaven
turned her ear
to great earth
—Enhueduanna

head of a girl
in a tower

tracking the fox
with turquoise teeth—

she was there
when the tower fell 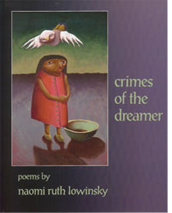 If you will be at the IAAP meetings in Copenhagen later this month, please join us for the book launching of The Dream and Its Amplification as well as Marked by Fire: Stories of the Jungian Way, which I co–edited with Patricia Damery. Both essay collections invite us into the inner life as Jungians know it.

If you’ll be in the Bay Area in late September please join us at the Friends of the Jung Institute book event for The Dream and Its Amplification [dreamsamplified.eventbrite.com]. Erel Shalit and Nancy Swift Furlotti will be present, as will Tom Singer and I.
Posted by Dan at 7:39 AM 0 comments