The Muse of Feminism

I am a grateful defender of the faith in the study of the humanities and their place in our public and private lives. You and I are at one in having chosen to make the strong columns of our academic foundation from the study of English, its language and literature…Commencement is the Thanksgiving Day of academic life. And it is especially right as English majors that we are grateful for the literary treasure, which we read and the vitality of the language we inherit, and for all who have taught and encouraged us -- family, friends, professors and our fellow students.
—Steven L. Isenberg, Commencement Speaker, writer, professor and former publisher 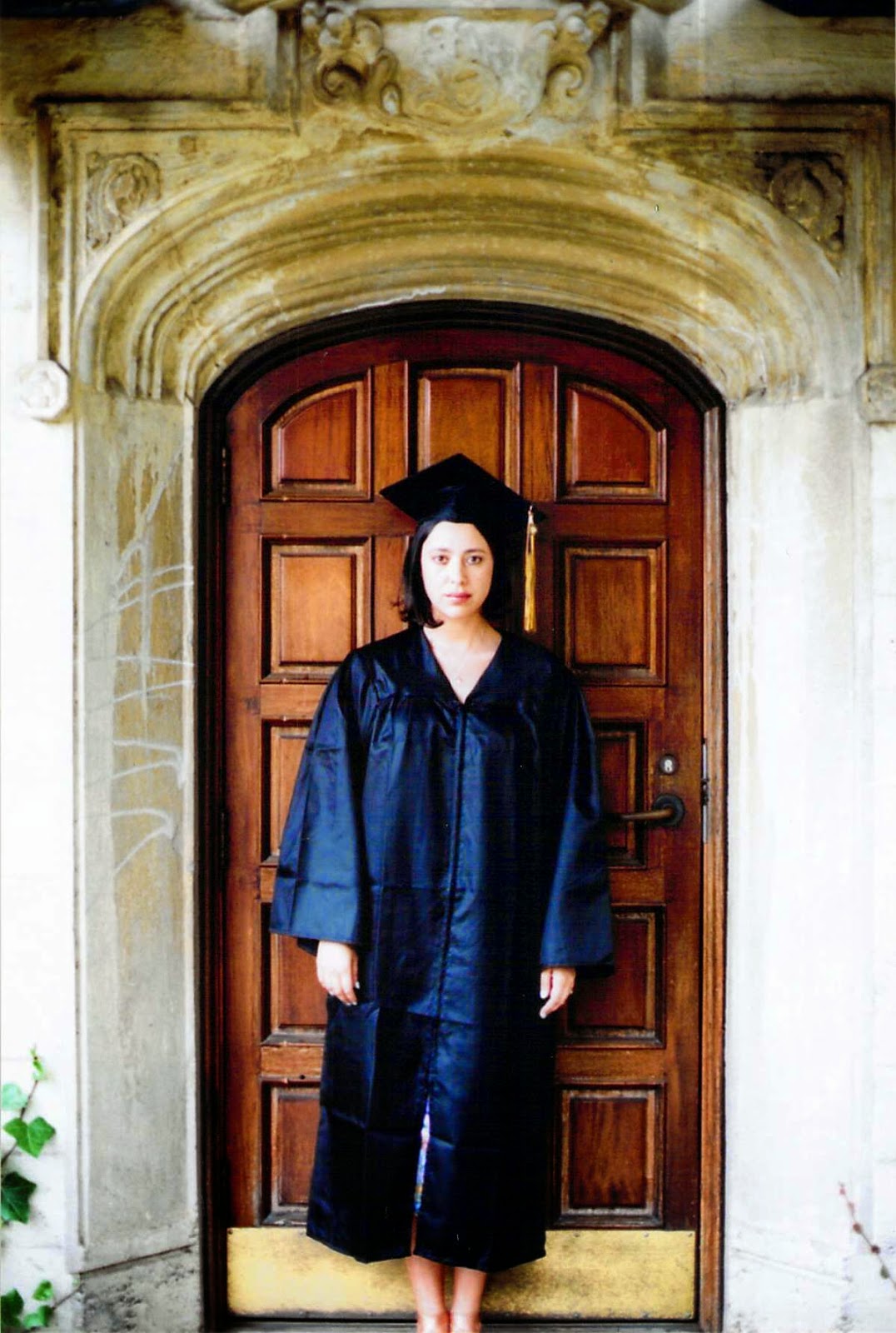 Every now and then life gives one a glimpse of the bigger picture. I was granted such a vision recently, attending my niece Nora’s graduation from the English Department at UC Berkeley. Our family—among many other proud families from diverse ethnic backgrounds— spent hours in the sun at the Greek Theatre to honor our young peoples’ achievement.  Nora came to Berkeley as a transfer student, having spent years supporting herself and going to community college. She took a double major, English and Media Studies, and continued to work part time. I know she often felt exhausted, and wondered why she was doing all this. But she kept on her path in a time when being an English major is considered by many as at best impractical and at worst a waste of time and money. I was pleased and relieved to hear the commencement speaker, Steven Isenberg, a man of my generation and liberal views (also a graduate of Berkeley’s English Department) stand up for the humanities. I loved his quote from Mark Schorer: "Learning to read novels, we slowly learn to read ourselves." In Nora’s case I’d add, “learning to see movies, we learn to see ourselves.”

It turns out I was also at that ceremony to learn something about myself. I graduated from Berkeley in English in the mid 1960s but never walked across the stage to receive my diploma. I have felt estranged from my alma mater for years. Speaking to friends I’m surprised how many didn’t go to their graduations in the ‘60s. Perhaps we were all estranged from our elders. I remember huge classes in Wheeler auditorium, professors who felt far away from me. I remember a University administration that trampled on our civil liberties and rights to free expression, banning political activity and fund raising. The spirit of the times rose up in protest among us students and became the Free Speech Movement, which will celebrate its 50th anniversary this coming fall. I joined the protests, but was careful not to get arrested, since I had a baby to take care of at home.

A moving collection of memoirs, The Times They Were A–Changing: WomenRemember the ‘60s & ‘70s gives us glimpses of the bigger picture as experienced by women of my generation. Patricia Helmetag remembers a peace demonstration against the Vietnam War at the University of Michigan. The Chancellor summoned police “who battered the protesters with bully clubs…The resulting rift between students and the administration consumed the university, the national news and the den where my parents watched TV in the evenings…Horrified by the brutality I witnessed daily, I began to question my parents’ worldview.” Helmetag goes on to describe her transformation:


I changed with the leaves that year. I grew my hair long, put aside my pretty clothes, and dressed all in brown. I dropped my sorority…shared “grass” on seedy apartment floors with boys discussing their service options: the draft, ROTC, or Canada. We listened to Simon & Garfunkel, Joan Baez, Dylan, Phil Ochs, Donovan and the Stones. We read Ginsberg, and we talked about women’s liberation.

A Change of Essence

Something happened to me at Nora’s graduation, something I didn’t expect. My relationship to the English Department at Berkeley and to my own history changed its essential nature. There had been no women, no African Americans, no Asians or Native Americans on the faulty of the English Department when I was an undergraduate. Sitting in the Greek Theatre on a Saturday afternoon in May I delighted in seeing how the Civil Rights Movement and Woman’s Movement have changed the face of the English Department. (Just scroll through the English Department Faculty on their website and you’ll see what I mean.) I delighted in the brilliant women students who spoke, and in the department chair, Katherine O’Brien O’Keeffe, who was profound and surprisingly Jungian in her remarks. In considering the etymological root of the word graduate, she noted that it comes from the world gradus, used in the late 15th century by alchemists to describe a change in essence—a tempering, a refining—as in from lead to gold. In recognizing Nora’s achievement I realized, suddenly, that I’d not recognized my own. I was married at eighteen, became a mother at nineteen, and managed to get myself to class and home in time to babysit the babies of the mothers who babysat for me. I don’t remember how I managed writing papers and washing diapers.

My memories of Berkeley have changed from lead to gold. I find myself remembering, with gratitude, three encouraging and devoted professors who cultivated my love of language and poetry: Thomas Flanagin, Thom Gunn, Thomas Parkinson. What can it mean, that they are all versions of Thomases? The name Thomas, my dictionary says, comes from the Aramaic and means “twin.” Perhaps each of these men was a twin to some essential aspect of me. Two of them—Gunn and Parkinson— were poets associated with the San Francisco Renaissance—with poets like Ginsberg and Duncan—who would later become my major influences. Flanagin taught Joyce. I remember how he paced in the front of the classroom, chain smoking, spouting long lyrical passages from Ulysses and Finnegan’s Wake in his grand Irish lilt. The love of Joyce was burned into my soul. Flanagin became a novelist in his fifties, years after I knew him. I returned to writing poetry seriously in my fifties. I don’t remember how I persuaded Flanagin that a German story was appropriate for an English Department thesis, but he let me follow my muse. I translated the story from the German myself. He praised my paper, said I should get it published. Decades later portions of that thesis became a part of The Sister from Below. I wrote:


Broch, though not Jewish, was a political activist who was jailed by the Nazis in 1935. While in jail, the image of a dying Vergil came to Broch. The image that burnt itself into my consciousness then is…of the angel coming to Virgil, and quoting to him from his own poetry, prophesying the coming of the new god, Christ…What was burned into the back of my mind was the image of the poet as an instrument being played by an unknown god.

As an undergraduate I had caught a glimpse of the essence of what would become my truth in poetry—that it has a prophetic function and that we live in a time of changing myths. I remember thinking at the time that the new baby god would be a girl.


A Change of Story

This change in essence is a change in my story. It’s no longer a story about taking most of a lifetime to find my true life. It’s a story of being given flashes, visions, glimpses of what was nascent within me. It’s a story of being saved by the Muse of Feminism, by my friend Susan who insisted I join her Women’s Consciousness Raising circle when I was just back from India in 1969, and had no idea what Women’s liberation meant. I had not yet admitted to myself how suffocated I felt, how trapped. Sara Etgen-Baker, whose prize winning memoir appears in The Times They Are A–Changing, puts the suffering of women caught in the snares of the patriarchy into the voice of the wind: “I understand broken dreams and silent screams. Share your unspoken secrets and heartache with me.”

Etgen-Baker’s young woman heart was broken when she was accepted to the college of her choice and her mother refused to send her there, saying “only boys need to go to college.” I have a similar story. The college of my young heart’s desire was Reed. I wanted to go away to a small school, renowned for its poets. I applied to Reed and was accepted. My father wouldn’t support my going there. Like Etgen-Baker, I went to a large public university. In her story, the conflict she and her cohort of women students have with the University Administration about its patriarchal double standards—curfews for women students but not for men—becomes the vehicle of her liberation. She writes: “Like the leaves floating on the September winds, I learned to leap past the fear of the changing season within me and to trust the vibrations of a deeper, more authentic self.” 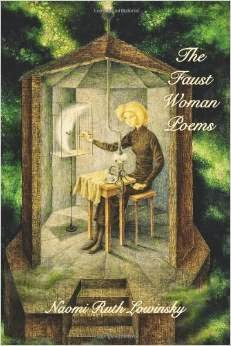 In this new version of my story, I got much of what I needed at Berkeley, which includes the tenacity to keep on keeping on in difficult situations. Years later I tell my story in The Faust Woman Poems, which just received a wonderful review on Goodreads and on Red Room by Lucille Lang Day. Day understands that the muse of feminism is the creative spirit of our generation. It has presented us with the Faustian bargain I describe in my title poem:

Do you want power among city towers, purses of gold, flashy transport?
Would you prefer a country lane, green glow of vineyards, summer breasts?
What about lovers? A stormy character playing the flute?
A silent guy with dreads? Maybe a talkative lover who’ll promise
to publish you     if only you’ll break out
of your kitchen cage     take a hammer
to the dishes     an axe to the door!

This is not your elegant traveling scholar      Grandfather Goethe

Women’s stories have changed radically because we have been freed to write our own stories. As I wrote in The Sister from Below:


I remember the days when a woman could not belong to herself and be in a relationship, or so it seemed to many of us. But soon, everything changed. Women were writing poetry. The goddess was in the air. I was in the grip of this change that played me like an instrument, insisted on its own music, filled me with the voices of a poetic lineage I was just beginning to realize I was heir to: Enhueduanna, Sappho, Mirabai, Goethe, Rilke, Dickinson, H.D. Duncan, di Prima.

My gifted niece enters a world with no fewer problem or terrors. She leaves a University that many believe has been turned into a corporation—lost its soul. Mario Savio’s eloquent words comparing the University to a machine still ring true, though, thanks to him and the Free Speech Movement the political life on Sproul Plaza is alive and well. Nora and my English Department is a sanctuary from high–powered bottom line gear clanking—full of soul and creative self expression. As Nora put it, “it has a kind of purity,” I asked Nora if she felt her time at Berkeley changed her essence. “Absolutely” she said. “How?” I wondered. “I’m not quite sure I know yet,” she said. “But I feel much more self confident.”