The Muse of Community 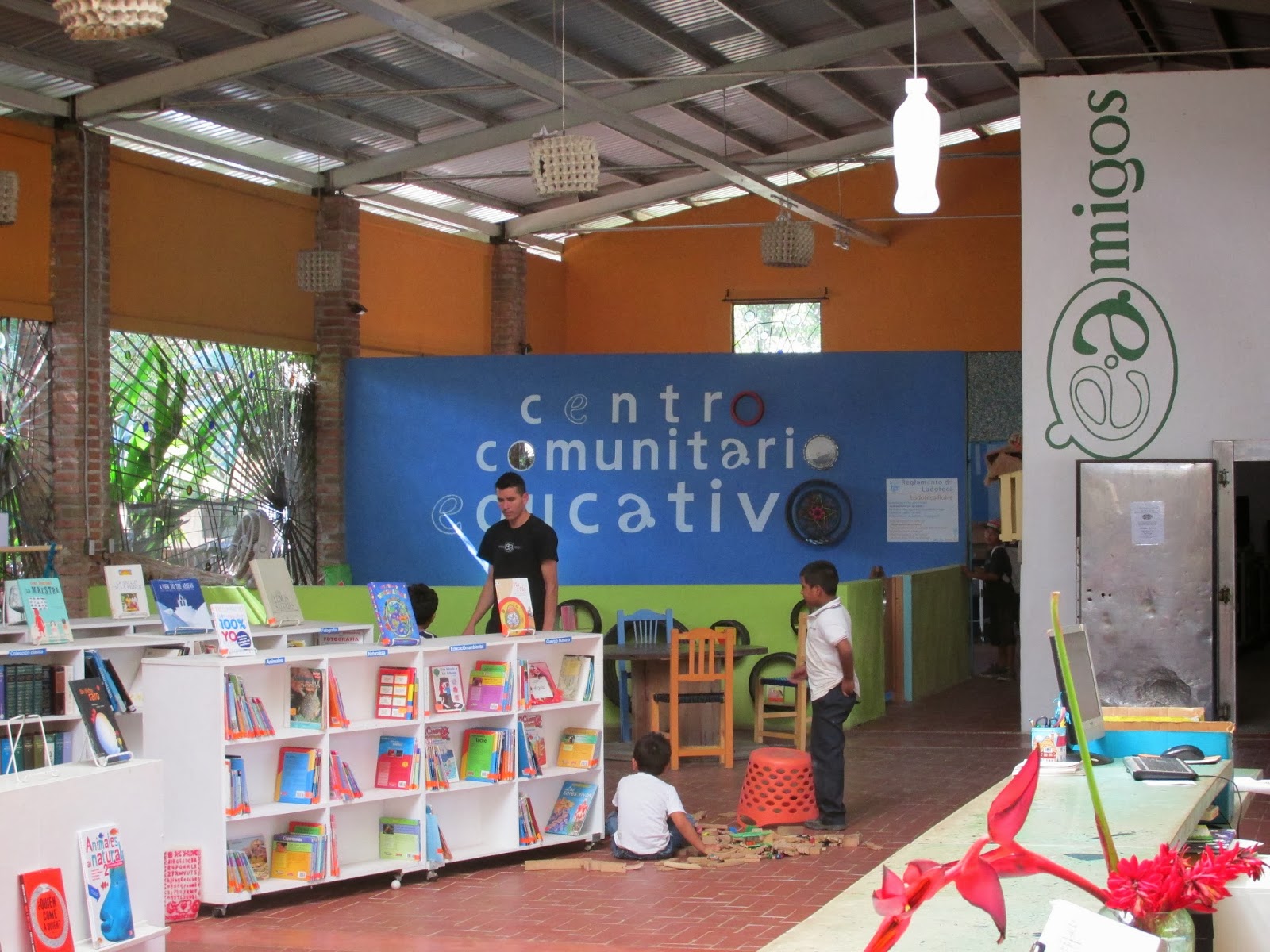 The Muse of Community must have chosen the little fishing village of San Pancho as her favorite creative project. “Let’s see what would happen,” says she, “if we throw together an ‘olla podrida’ —a spicy stew— of interesting people in a tiny fishing village on the West coast of Mexico. Take a handful of artists, hippies, environmentalists, a bunch of retired folk and snow birds from the U.S. and Canada, some young families from South America, four solid local families with deep roots in the land, a love affair between an American woman and the daughter of one of the local families who is related to everyone, throw in one young American mother with a gift for creating community. Stir.”

This is a recipe for an amazing community. Dan and I have been coming to San Pancho, whose official name is San Francisco, in Nayarit, Mexico, for ten years.

We have had the joy of watching the town transform and of feeling, for our brief winter sojourn, part of the excitement and the pleasure. Community is fostered by our hosts at Casa Obelisco, the small B & B we frequent. We have been hearing San Pancho stories from Barb and Bill, John and Judy every morning over delicious breakfasts. We heard the story about the lovers, Gloria and Trini, who opened a great Mexican restaurant, Ola Rica, with a shrine to Frida Kahlo by the table Dan and I consider ours.


In recent years Gloria and Trini have added a beach restaurant, La Playa, where you can indulge in the best Mango Margarita known to human kind. We’ve heard about Turtle Frank, who has created a hatchery to protect the vulnerable turtle eggs and help the hatchlings find their way to the sea. Sometimes we’ve been lucky enough to be part of this event on the beach. We are drawn into community with other guests and into the vibrant life of the town. Of course we also hear about the feuds, the bad blood, the struggles over ownership of land and bad feeling over disappointments and betrayals. But there is a remarkable sense of possibility in this town that we don’t experience back home in the U.S. of A these days.

Many of these stories are about that young American mother, Nicole, who came here with her eleven month old son ten years ago, had another child, a daughter, got divorced, and found herself wondering about community. Bill, one of our hosts, who is very involved in Nicole’s organization, Entre Amigos, arranged for me to spend time with Nicole and hear her story.

She told me that when she came to San Pancho it was very small. She suspected it would grow, but was concerned about the lack of connection between the local people and their visitors. There was distrust between the two groups. She could feel people withdrawing behind their walls. The Muse must have come to her and whispered:” All you need is a little bridge.”

Dan and I remember the small store front she had when she began Entre Amigos, offering after school programs for kids. Nicole put it this way: “I just put my kitchen table out on the street and began teaching what I learned in Girl Scouts—sewing, cooking, gardening. I asked others to teach—the locals, foreigners. Everyone has something to teach. Everyone has something to learn, from tamale making to computer skills. It’s a walk of faith,” she told me. “It’s all about mutual giving.” 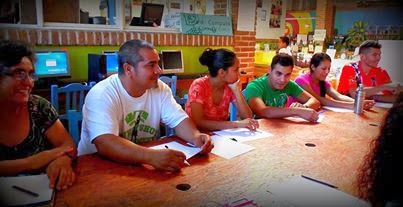 “Entre Amigos” has grown dramatically since those early years. It is now housed in what was the ruin of a fruit drying factory. It is made entirely of recyclable materials. I asked her about her environmental work—recycling, tree planting. “Oh” she said, “that’s not me. That’s Endira.” Endira, a Chilean, came early to work with Nicole. Her passion is the environment. She created San Pancho’s recycling program, and created a marked for recycled products. 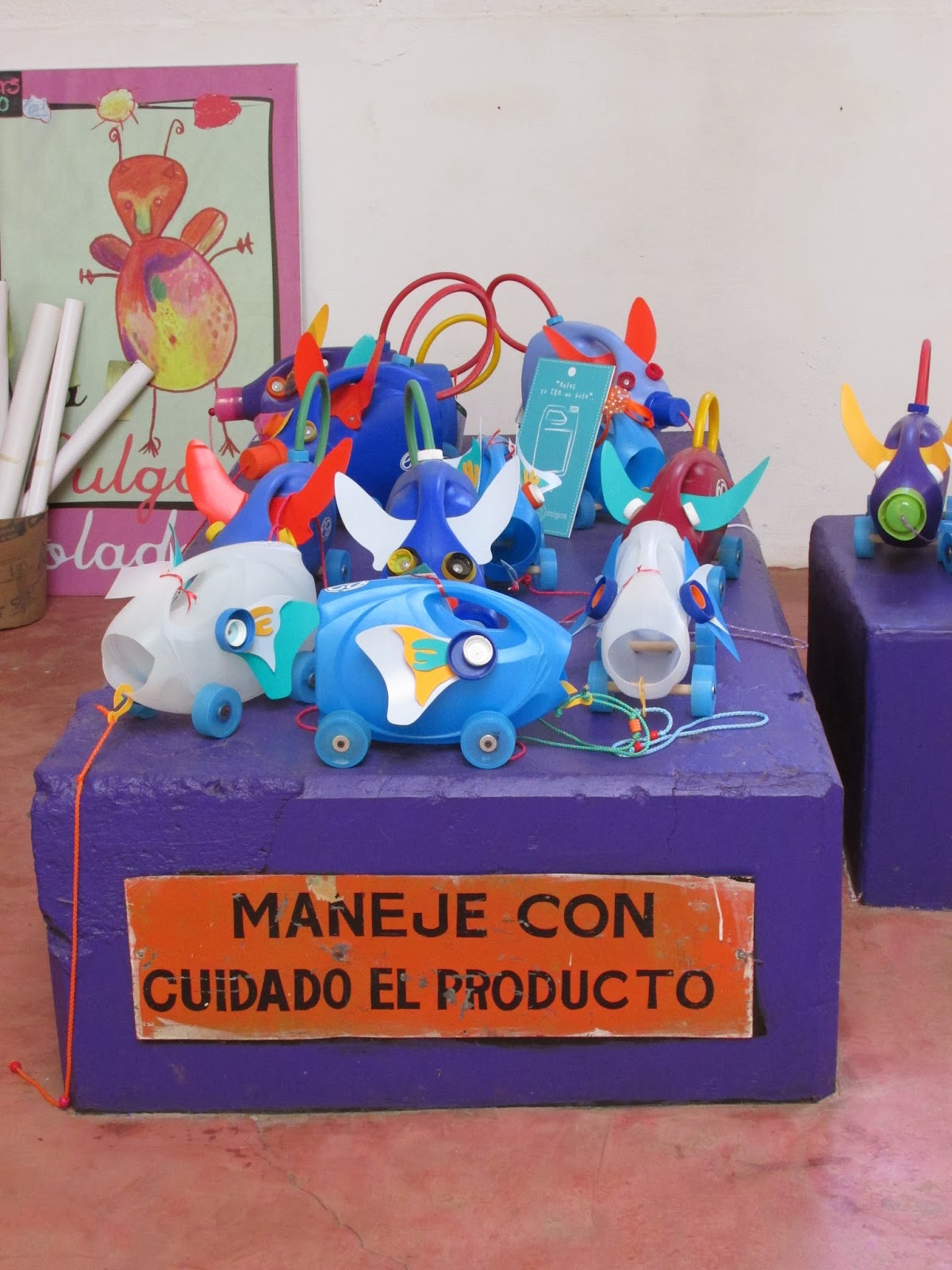 Toys like this get sold in the little shop at Entre Amigos. Endira has also created an environmental curriculum for children. Twenty lessons in a box which anyone can teach. You just “read the card and teach the class,” Nicole says. “Why teach kids who have never seen a glacier about melting glaciers? Why not teach them to pay attention, to observe and imagine the life of the birds and the butterflies they know in their own landscape?” Her curriculum has been picked up by Hawaiian educators and by biology students in Mexican colleges, who use it to fulfill their social service requirement by teaching it to school kids. 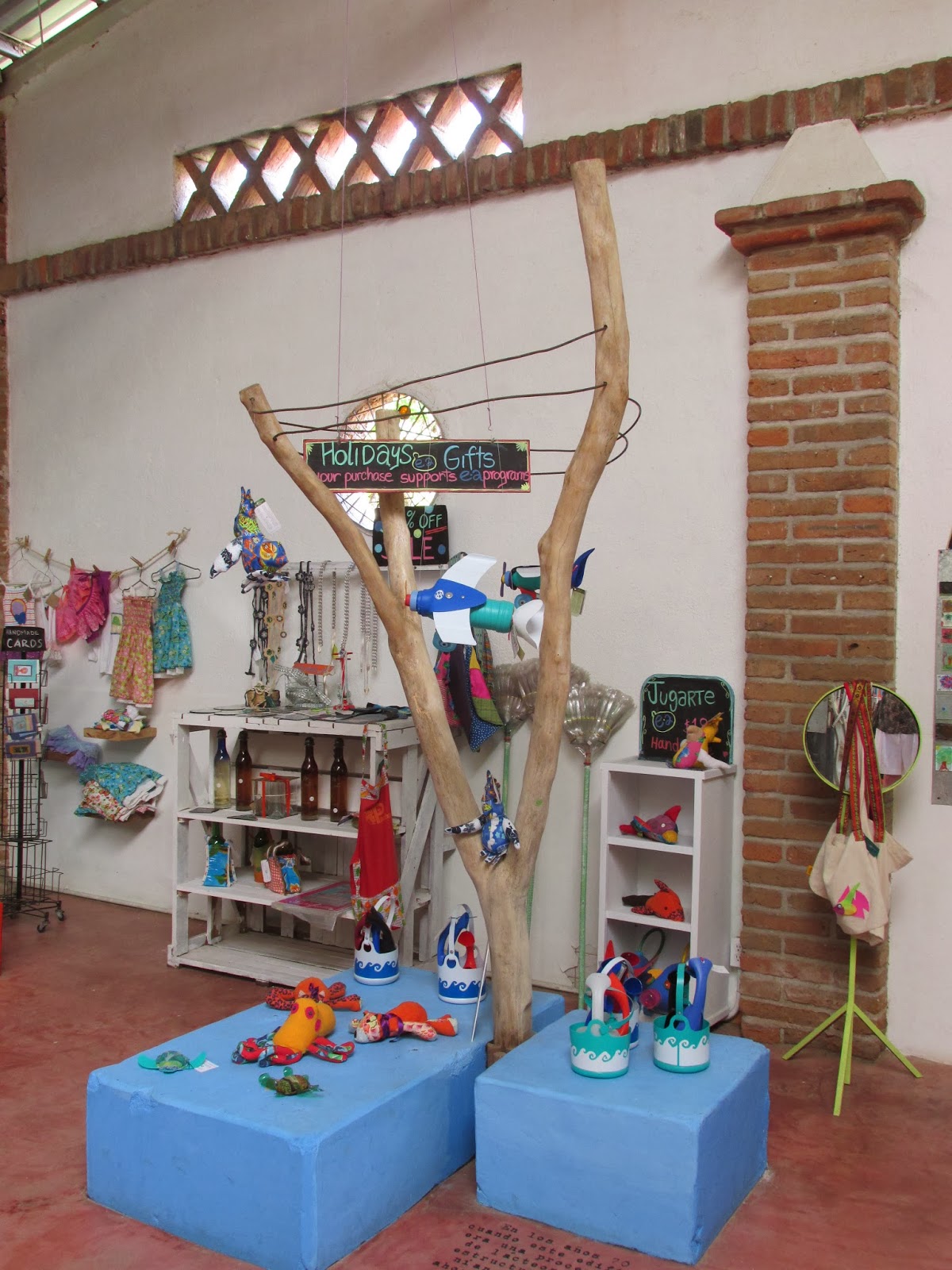 Nicole walked me around the large spacious building with its open floor plan and differentiated areas—the shop, the library and computer center, the separate area for kids under five where local moms meet foreign mom and their kids play together with an assortment of wonderful toys.

I watched a boy careen in through the front door on his skateboard, pick it up and head for the library. This was clearly his place. I watched boys on the floor playing happily with a wooden train set. I watched boys reading. “So many boys” I commented. “They all look happy.”

“That’s Jasmin” said Nicole, and told me about the local woman who is a magnet for troubled kids, kids who aren’t going to school, who live in horrific family situations, who are abused. “Jasmin wanted to tutor them here. So we set up a tutoring program.” She pointed out Ramon, a young man working with four boys between eight and ten years old. They all looked attentive and engaged. She told me these were boys who hadn’t been going to school, didn’t know how to read. Now they’re in school, and reading. They come after school to Entre Amigos. Ramon, she said, “used to work construction. When he came here it was clear he was very bright, and a good teacher. We said, ‘Ramon, what are you going to do next?’ He has decided to go to college.”

Nicole pointed out a boy who is regularly abused at home. “There’s no Child Protective Services here in Mexico,” she told me. “He comes here. Of course, he’s difficult. He hits other kids. So we consulted with a retired psychologist from Canada about how to handle him. He helped us develop a system to empower the kids to run the building. They have to do social service—water the plants for example. Kids are in charge of the rules. If they do well they get a reward—a trip or a movie. Most of them haven’t been anywhere. Going to the movies is a special treat.”

Nicole is eloquent on a subject close to my heart—how essential creativity is to learning and teaching. She hopes these kids, who may not ever get to college, will learn to think outside the box, learn that all kinds of things are possible, because they have been exposed to so many different creative approaches, classes on everything from English/Spanish to screen printing and art making. She highly values creative expression. “There’s that moment when you see their eyes open to a bigger world. It’s amazing.”

Our friend Bill has been involved with the scholarship program at Entre Amigos, which invites folks to sponsor a child. In Mexico the schools have no money for supplies—books, paper, pencils, even toilet paper. So they charge parents fees. This is a hardship for poor families, as is buying school uniforms. For $600 a year you can sponsor a child, take the financial load off a family, assure that a child can remain in school, and support Entre Amigos. 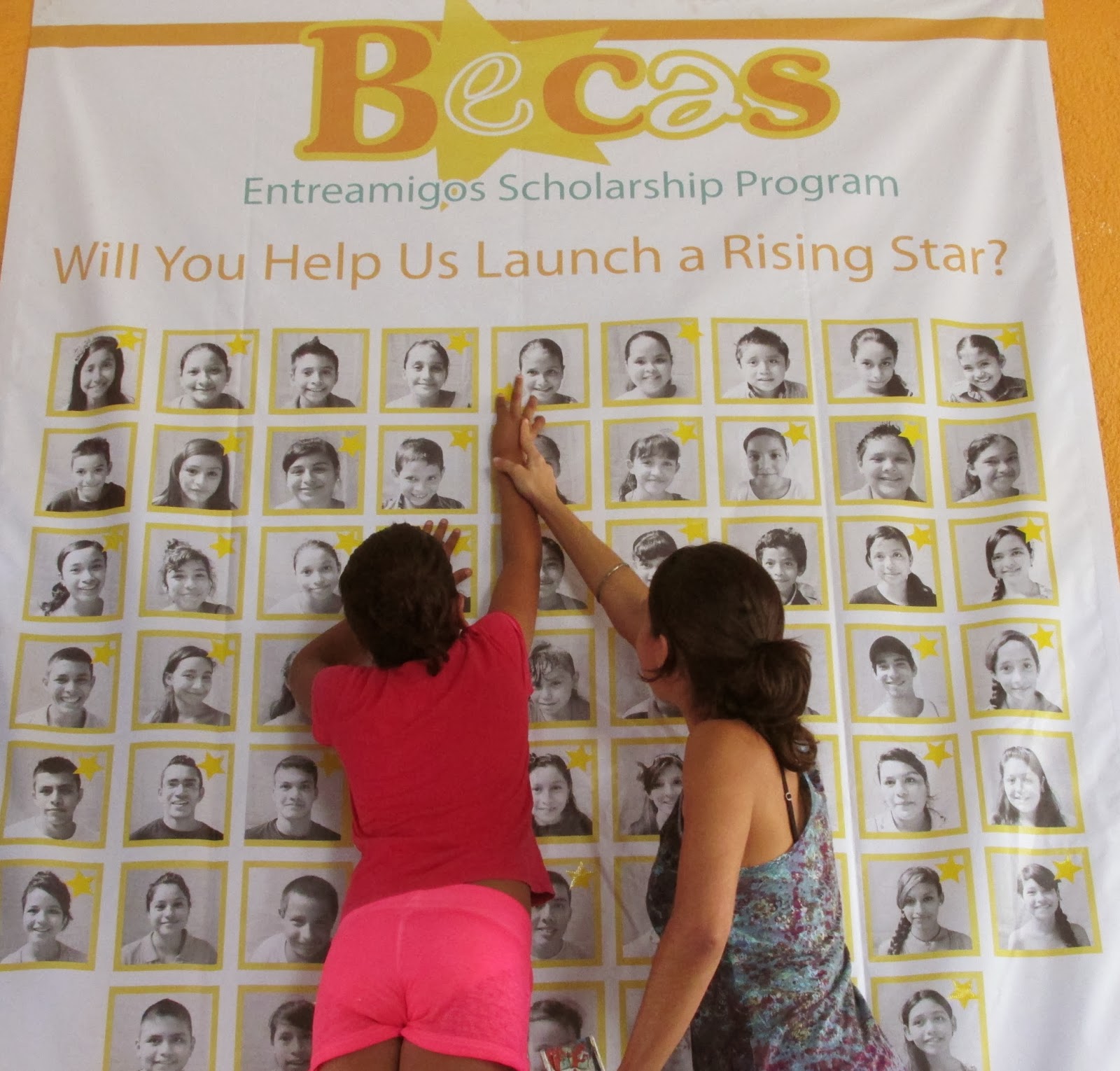 At breakfast I learned that all of our fellow guests at Casa Obelisco, including the guy who swears by Fox News, had committed to sponsoring a child. Community seems to grow organically around Entre Amigos

But friends, I haven’t even told you the half of it. The Muse of Community has thrown some wild ingredients into the San Pancho ‘olla podrida.’ She has thrown in Cirque du Soleil, which, for reasons I couldn’t quite follow has decided to teach circus skills like acrobatics to the children of San Pancho, and is partnering with Entre Amigos. Nicole showed me the circus room, with its Olympic quality trampolines and equipment. I’d wondered where all the girls were. They were here, a few boys among them, in bright leotards, excited and adorable, training for a big children’s circus to be held on March 23rd. 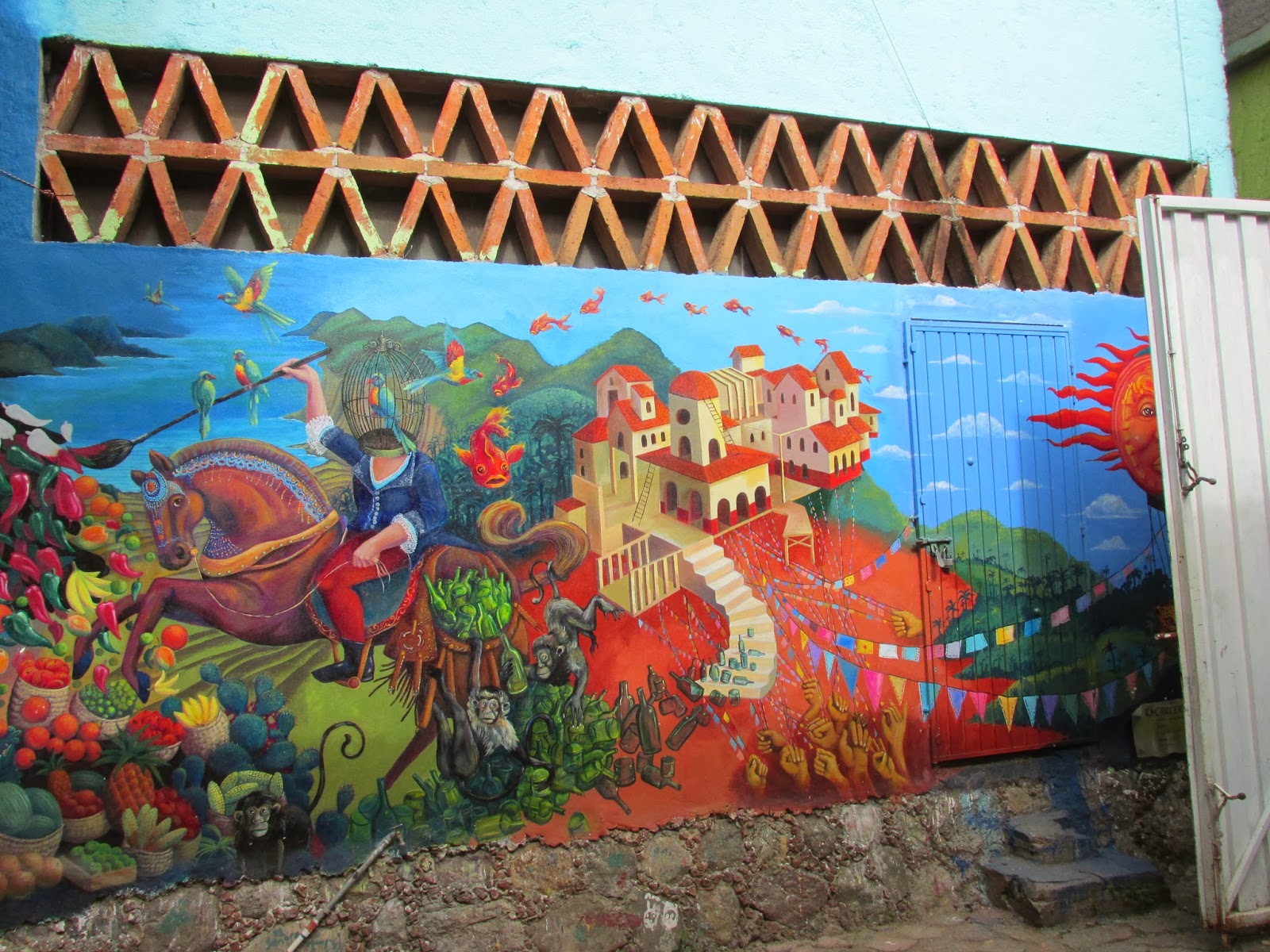 The Muse has also thrown in some wandering muralists, who have covered several walls with colorful, often surreal imagery. 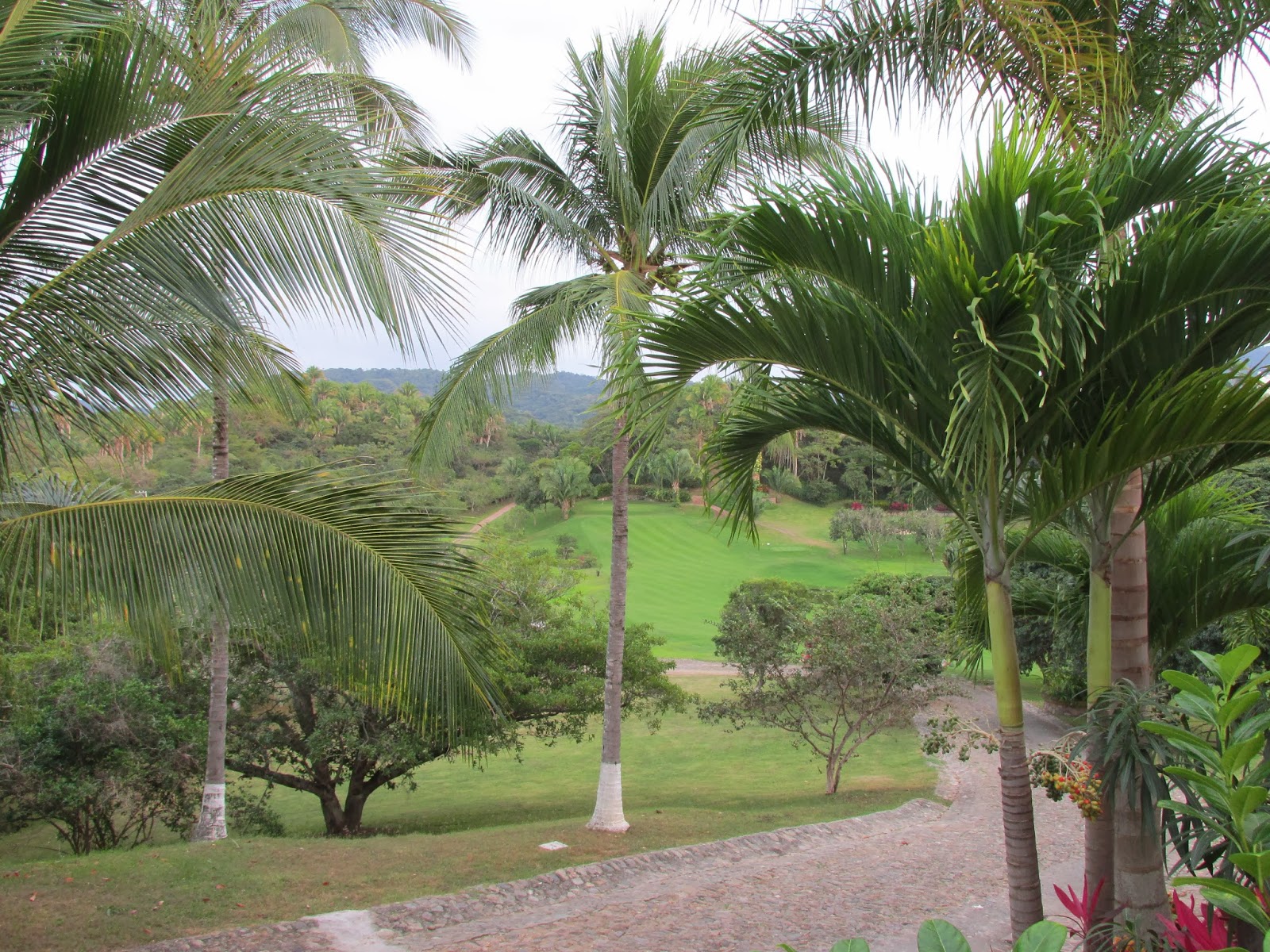 The Muse has thrown in Manny and Joe, who are music producers from Seattle, now mostly retired. They organize events around town, including a fabulous fundraiser Dan and I attended at the golf course, which for years, was off limits to everyone but the owner. He’s had a change of heart and allowed a big party to happen in his clubhouse at the top of the world, with views of ocean, jungle, mountains. 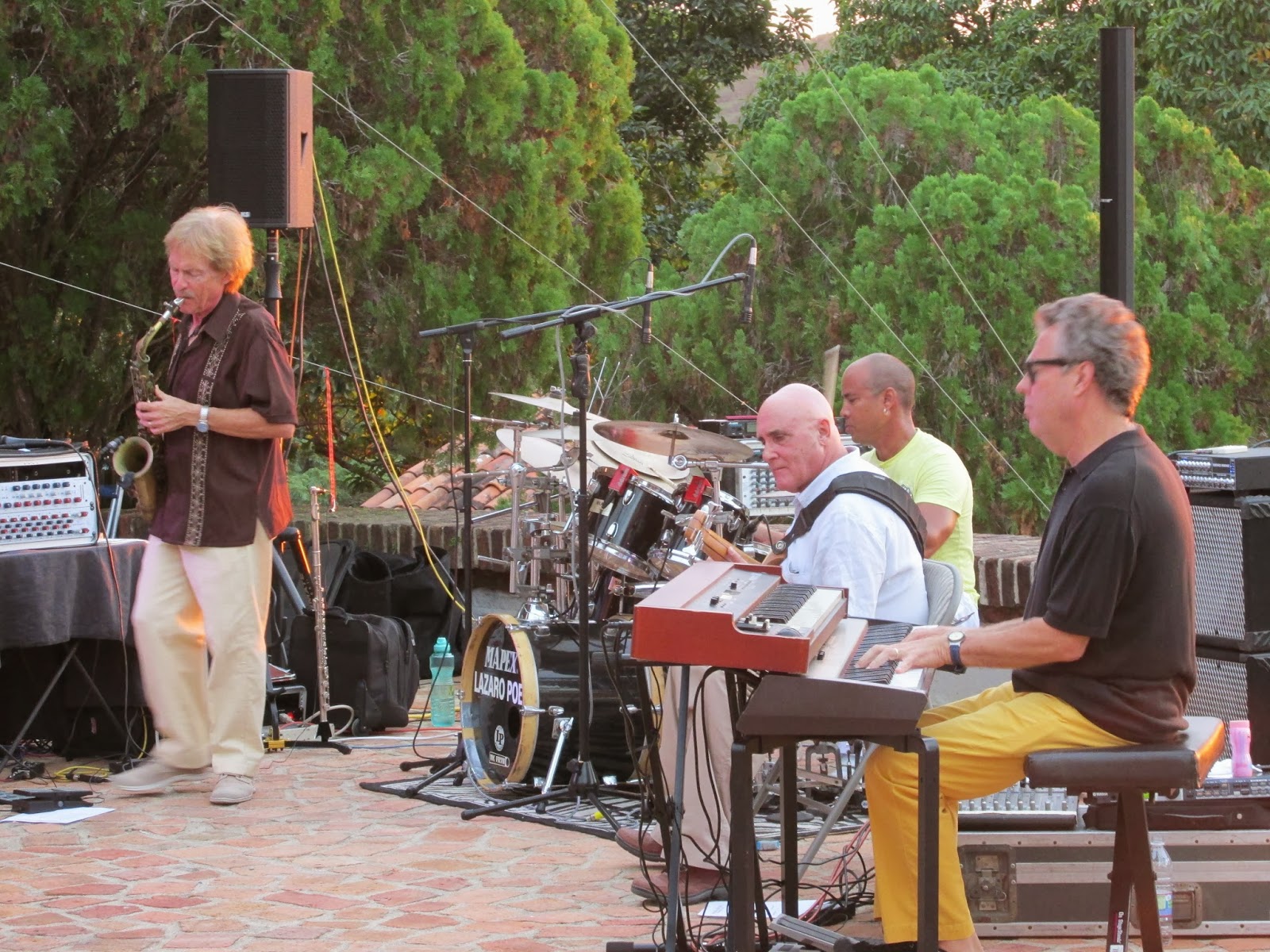 In the magical way that communities come together in San Pancho, “suits” and “creatives” gathered (though of course no one is ever seen wearing a suit in San Pancho unless he’s the groom or the father of the bride at the wedding). Entre Amigos, we learned, is in an alliance with a group called Les Fabricas des San Pancho to turn the old shells of factories into green buildings that will house workshops for artists and space for environmental groups. A group of architectural students at Mexican universities has agreed to help. We were there to raise funds for their bus fare to San Pancho.

Dan and I sat among the well heeled and the wildly creative, drinking wine, eating fajitas, and listening to the fabulous jazz of Bandieros de los All Stars. They were led by a small intense flautist who doubled as a Sax player. The bass guitarist was wild, experimental. We could be in New Orleans. The flute played the sun down—long holy sound of human breath. 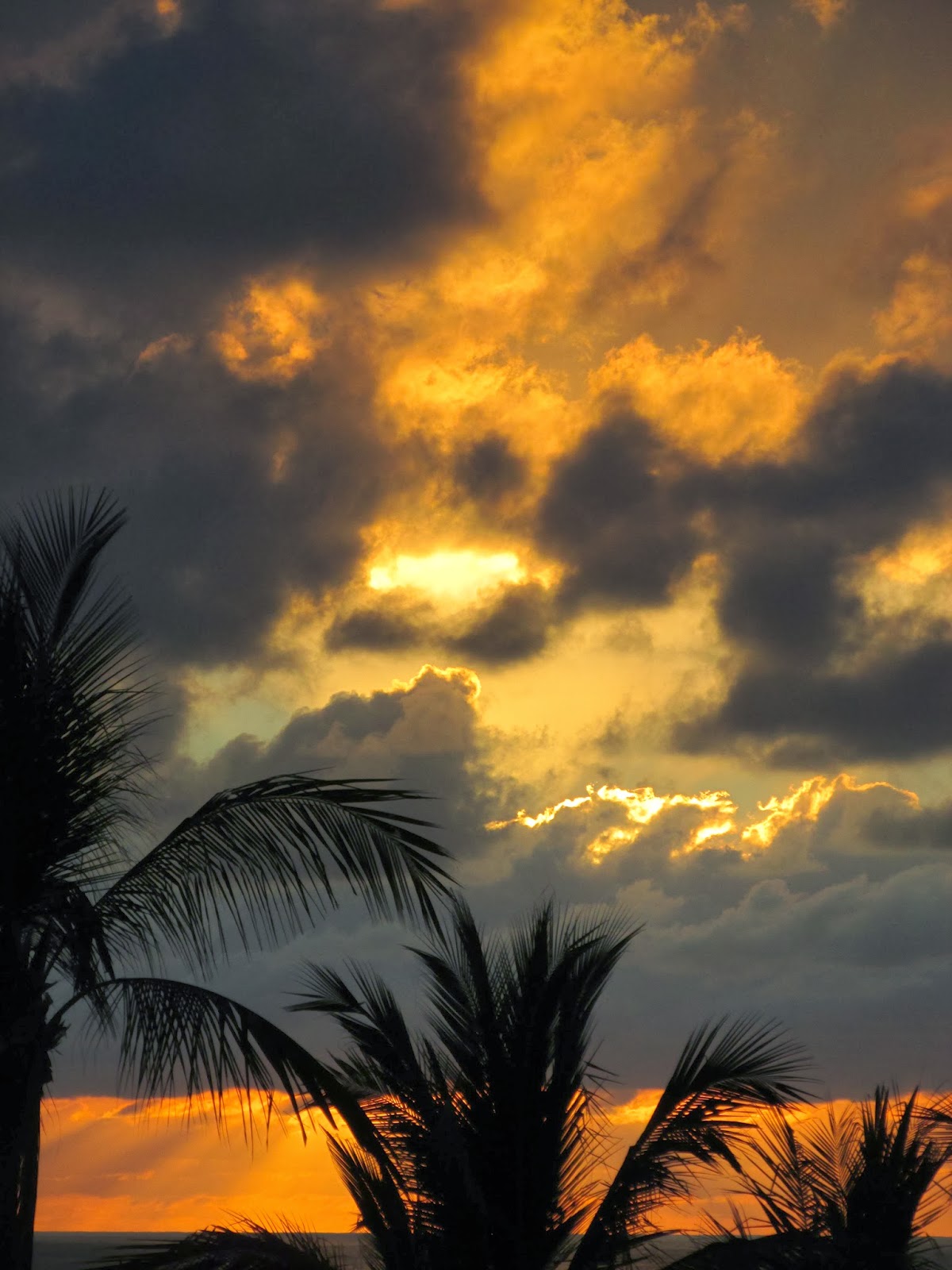 The last and wildest ingredient so far the Muse of Community has thrown into the stew is, believe it or not, the Dalai Lama. Nicole has just received an award from him in San Francisco del Norte, on Feb. 23rd. Nicole is one of a group of “Unsung Heroes of Compassion” [link: http://newunsungheroes.org/2014-event/2014-unsung-heroes-of-compassion/nicole-swedlow/] whom the Dalai Lama chose to honor. 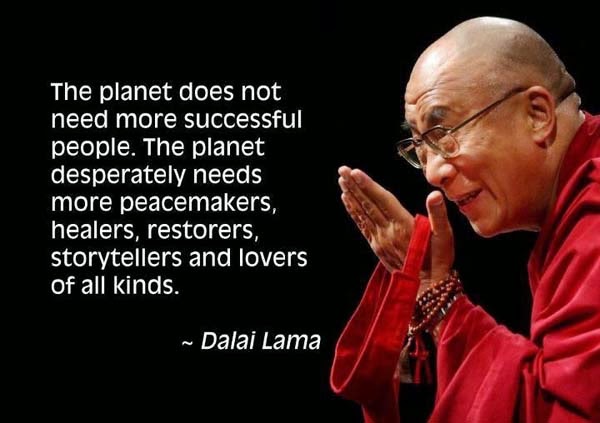