The Muse of Origins

…the bond between women is a circle
we are together in it.
—Judy Grahn, Love Belongs, p. 90

As I approach the first anniversary—Jahrzeit in Judaism—of Mother’s death there are so many things I wish I could tell her. I want her to know three poems of mine were just published in the on-line journal Origins. It’s rare, at least for me, to have a journal take so many poems at once. I wish I could share my delight with Mother, tell her what it means to me when work I have wrestled with, often for months, work that emerges from strong feeling, heated inward arguments, strange dreams, far flung travels, wild associations, increasingly frightening news, work culled from hours spent with the etymological dictionary, the Book of Symbols, a library full of Jungiana, poetry and Goddess literature, is finally brought into a shape that pleases me, and then, by some fluke of Dame Fortuna, transformed by the interest of strangers into words on a printed or on-line page. It feels magical—a long labor and then a birth. My poem has entered another realm. Who knows who will read it and what it will mean to them.

I want Mother to know that these three poems, in different ways, are about origins; they seem to have found the right place in the world wide web. Origins’ mission statement says:


We're interested in…writing that tells us something about a character's roots or what makes her unique… We want to read provocative poems, and have gripping conversations with writers about everything from craft to creativity. Literature offers us the opportunity to endlessly interpret who we are as human beings. This journal is a celebration and investigation of our diverse origins and the art that inevitably springs forth.

The roots of the word “origin” are fascinating. But even when Mother was alive and of sound mind, she would probably not have welcomed a long discussion about etymological roots. She’d want to know how the children and grand children are doing. She’d want to tell me about the Beethoven quartets she and her friends have been playing.

Mother, thank you for showing up. Word roots are ancestors, the origins of language and culture. You won’t believe what happened when I looked up the roots of the word “origin.” I found a family of words that come from Germanic and Old English words meaning “to move, to set in motion.” These words are related to the verb “to be,” to exist, to arise, be born; they are also related to Germanic roots which transmute into the name, “Emma,” your mother’s name, which means whole, universal. This is my grandmother, my Oma, my ancestor whose self–portrait sits in my study, watching me wisely, knowingly, as I write these words to you. She is my origin, as you are my origin.

I didn’t know her name meant that. That’s what you like to call a synchronicity. Yes?

Yes, and it’s even more of a synchronicity because the first of the three poems you can read in Origins is about the ancestors.


“The Ancestors Visit the Department of Homeland Security”

The Book of Symbols tells us that the ancestors are:


sagacious, uncanny, oracular, they are the legendary elders and immortals who belong to the past, to dreamtime, to the primordial “time outside time,” and nevertheless impinge eternally upon present and future, affecting…their descendants and participating in everyday affairs. (p. 790)


That was the feeling I was after in my poem—weird ancestral voices impinging on my experience of current events mixed in with the bureaucratese of the current administration.
Including my voice?
No, you weren’t dead yet when I wrote this poem.
Do I impinge on you now that I’m dead?
Not as much as I’d like you to. When you do show up it’s always helpful. You tell me to get over myself, get over your death and get out there in the sunshine and live!
Just like I used to when you were a girl. You spent too much time holed up in your room with your books.
I still do. It’s who I am. But I miss your voice, your attention, your concern.
OK, now you have my attention. What were the ancestors telling you?
I hope you’ll read the poem Mother. Just click on the link and scroll down; you’ll find all three poems. Can a ghost click on a link?
I’m not sure. I couldn’t deal with computers when I was alive. Why should I do so now?
If you can show up and talk to me I imagine you can do all sorts of things.
Here goes. Virtual space is strange. Reading is strange. Those ancestors sound like they’re on your father’s side of the family. In your poem they say:

True. I was thinking of my father’s people from what is now called Ukraine. You and your mother were born in Germany, your father in Austria. But your mother’s maiden name, Osterman, means person from the East. I wonder whether you didn’t have ancestors from the Pale of Settlement as well.

Maybe. They never spoke to me as they do to you. I do like how you go from their oracular voices to the Customs and Border Patrol:


“Customs and Border Patrol…using materials original in the United States to the
maximum extent permitted by law shall immediately begin planning, design, construction and maintenance of a wall along the land border with Mexico.”

It’s still going on, the fight about building a wall, the terrible anti–immigration rhetoric.

That sounds awful. We wouldn’t have been able to become Americans in that kind of a political climate. As it is we had to wait in Cuba because there was a quota on the Jews. That was in the middle of the war, and of the concentration camp slaughter of Jews.

You owe us
eternal vigilance

so your children’s children
can carry us on

You owe us
your lives

Have you ever been round such a wheel of changes?
This time last year you were gripped
by that agonized hip      Pain
was your shepherd your cane your walker
—“Medicine Wheel” (first published in Origins) 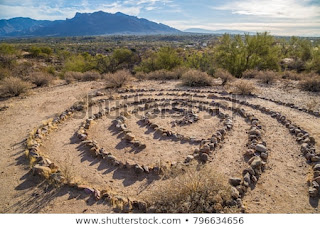 Native Americans understand the medicine wheel as a symbol of time, of the seasons, of the directions. They create medicine wheels using stones or painting, or making round dream catchers. These are all modes of healing. I was also thinking of the Wheel of Fortune, and the mandala—a circle standing for wholeness. Jung painted mandalas in a time of psychological breakdown in his own life; he found the process healing. Tibetan monks create intricate gorgeously colorful sand paintings, and then scatter them, as a way to embody the transience of life.

My poem, in four sections, each of which has four stanzas and a final line in a voice of prayer or evocation, is a mandala in poetic form. The medicine is in the turning of the wheel, in the finding of words and images to express agony and a new way of being. It is in the litany of personal changes, political disasters, prayers and blessing. Just finding a form for it all, writing it all down, is healing for me.

What’s that about you using a cane and a walker? You’re too young for all that.

I had a bad hip for years. Used a cane. I needed hip replacement. Recovering from that involved using a walker. Now, miraculously, no more hip pain.

Why didn’t I know about this?

In the last years of your life, Mother, you couldn’t think straight. You couldn’t understand what was going on in my life, or in yours. I missed you even though you were still alive.

So my dying was a kind of healing. No wonder you want me around, talking to you.

That’s true. It’s been so hard not having you to connect with, not being able to complain to you about our disastrous political situation.

I gather things are pretty bad. In your poem you keep referring to “the Man made of Greed,” who seems to be a demon in your world. You’re praying to goddesses and quoting scripture, invoking Lady Fortuna and ending on this difficult image:

Mother of Changes    hold on to us

But the truth is, Mother adds, always practical, I can’t hold on to you. I’m dead.

Mother, do you remember when you went to Alaska, how you loved it? You were on an Elder Hostel trip, saw glaciers and whales, saw reindeer and bear in Denali. When Dan and I went, recently, I kept remembering your joy as I discovered my own enchantment with this land. I wrote this poem about it.

So how is this a poem about origins?

It’s about the origins of Alaska, the people that populated the north before white people came. In that way it is about the origins of America, its first peoples, its creatures, its glorious wilderness and habitat, the gods who inhabited its soul. It’s also about the origins of creativity, at least mine, which emerges from my great capacity to get lost. Come to think of it, that is part of the origin story of America—Columbus thought he was heading to India. When you let yourself get lost the unknown, the unconscious, can enter.

I like the story of that lost sea captain in your poem:

But your tone gets so dire when you write about the world you’re losing:

Whoever’s voice that is, speaking in you, is advising you well. It is time for wilderness, for hump backed whales and eagles, for what the native gods know that you’ve long ago forgotten. I’m glad you’ve got wise inner companions, because I’m dead, and it’s time for me to go now, and do what dead folks do.

What do dead folks do Mother? What do you do when you’re not talking to me? Are you still a sun worshipper?


She’s gone, leaving me to honor her in my way. There will be more poems for you Mother, more getting lost in reveries of origin. There will be a Jahrzeit candle, and me meditating on the mountain we both love—Denali, the Great One—remembering that line in Judy Grahn’s funeral poem: