News From the Muse: The Serpent Muse 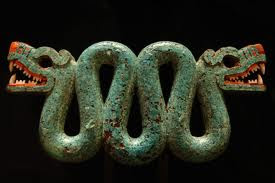 Patricia Damery and I are friends and colleagues who have known each other for over twenty years, and have read and supported one another‘s writings. I read her book Farming Soul: A Tale of Initiation in manuscript, and connected Patricia with my publisher, Mel Mathews at my own book launching party for The Sister from Below: When the Muse Gets Her Way. I knew they’d love each other, both being wild shamanic types, grounded in the life of farming. Patricia had read The Sister in manuscript and kept urging me on for years while I was looking for the right publisher.

When Patricia and I were in Los Angeles in April, celebrating the launching of Marked by Fire, which Patricia and I co-edited, Nancy Mozur, who runs the Los Angeles C.G. Jung Institute’s wonderful bookstore, handed me a copy of the latest Psychological Perspectives. Synchronistically, as these things seem to happen, the review I  had written of Farming Soul was in that issue: Volume 55, Issue 1.

So let's be clear here—I am no dispassionate critic with an objective eye. I am a friend, a fan, a believer in Patricia’s courageous process, an admirer of her life and writing, and most recently, her co-editor. We both write in the genre we think of as Jungian memoir, personal stories that illuminate the inner life.

Here are some sections from the just published review:

Individuation is not for sissies. If the Great Serpent of your unfolding demands you develop aspects of yourself that are frowned upon by the spirit of the times, disapproved of by your analyst, and considered weird by most everyone you know, you’ll need to cultivate your own truth. If, on the way to becoming a Jungian analyst, the Golden Snake of your flowering requires you to study shamanism, work with a psychic, commune with invisible Presences, wander off the beaten Jungian path to explore the path of Rudolf Steiner—a cousin of Jung’s in the lineage of Goethe—you may find yourself in various kinds of trouble. If you’re a farmer’s daughter who left the farm as a young woman but the Jeweled Snake of your essential nature transports you back to farming, and you find yourself growing lavender and grapes on a ranch with your second husband, following the magical practices of bio-dynamic farming—an alchemical process developed by Steiner—you’ll need strong muscles of body and of spirit…. If, on top of all of this, your Snake insists you are a writer, and that you must tell your story, you’ll likely learn how lonely it can be to follow your own path. 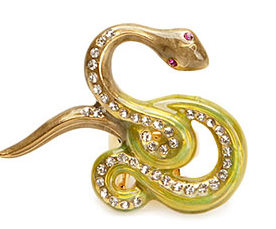 Farming Soul is the stirring story of a remarkable woman. Patricia Damery has developed all the aspects of herself required by her Snake. Clearly conceived, yet intricately layered, this memoir is a weaving of narrative strands that tell stories in time. They are weft to the timeless warp of the farming cycle, described in short chapters, mostly named for the months of the year. Those sections are more teachings than stories. We learn the mysterious practices of shamanic farming, the stirring of sun soaked waters with a tincture, for example, of valerian, to bring warmth to the grapes when it’s cold in early March. This requires stirring first clockwise then in reverse direction, which “throws the water into chaos, that state that Rudolf Steiner says is most receptive to the divine." 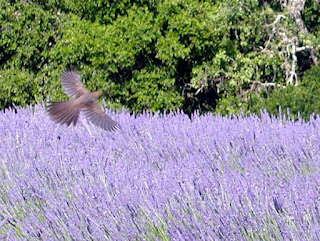 The biodynamic farmer listens to the land, sings to the vines. She does not impose her will upon it, as do industrial farmers. Like a Jungian analyst, she waits for what’s underground to reveal itself. Damery returns us to the roots of Jungian psychology, to Jung’s rhizome—the unseen “true life.” She takes us back to the alchemists, who stirred tinctures of flower essences, and invited the divine. She takes us back to Goethe, who was an alchemist. His great drama, Faust, influenced Jung’s psychology and his scientific studies of plant life influenced Steiner’s ideas about farming.… 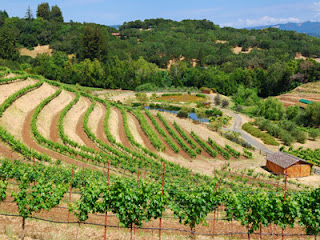 A compelling strand of Damery’s story is about the group that followed the late Don Sandner into the Southwest to study shamanism. Sandner was a revered elder of our tribe. He had studied the Navajo and worked in the shamanic tradition. He did drumming rituals for candidates in the early years of my candidacy.…Those trips to the Southwest stirred Damery’s psyche, opened her up to the divine. The Great Serpent showed up during the drumming, in visions, in dreams and in active imagination. It shape-shifted into a Golden Snake, a Jeweled Snake, the Kundalini Snake uncoiling its sacred energies, which, in Damery’s case, erupted with such intensity that she set off car alarms.

Learning to contain and channel this energy required yet another initiatory path for Damery. She did not find her temenos for this work in her Jungian tribe. She had to go off and study with a wise psychic, Norma T, who helped validate Damery’s experience of the “spirit world."

Farming Soul is, as the subtitle indicates, a “tale of initiation,” actually several initiations. As I reflect on the long walkabout Damery had to make, the hermetic practices her Golden Snake required before she could return to her Jungian path and be certified as an analyst, I remember what Joe Henderson told me about initiation. Joe was a founder of the San Francisco Jung Institute and my control analyst. He explained that the initiate needs to leave the tribe, go off and have her personal vision, meet her totem, learn what her myth is before she can return to the tribe, bringing the gifts of her own nature. 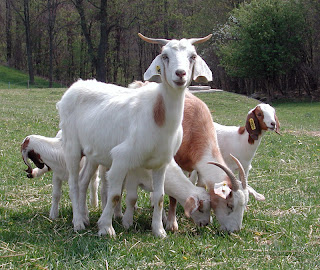 Some years ago I was in charge of providing food for a Sunday afternoon event at the San Francisco Institute. Patricia Damery, now an analyst, was going to speak about the Horned Goat. Our community is housed in a gracious old home in an elegant part of town. Suddenly, entering the French doors from the garden, I saw three goats sauntering in. Goats in the Institute? My first thought was, “Oh my God, the food!” But I could see that each goat was firmly attached to a lead and a handler. My second thought was, “How perfect! This hallowed place is in sore need of goatsmell, goatsong, goat energy. And here is our own Patricia Damery, bringing in the vitality of the natural world, the ‘lumen naturae.’ What a blessing to us all.”

Farming Soul is a blessing for Jungians, a reminder of our roots in the Reality of the Psyche, and a challenge to expand our consciousness. Damery helps us remember Psyche as one aspect of the long story Mother Nature has been weaving, of plants and animals, humans and gods—like the Great Serpent who appeared to Damery during a drumming and informed her she needed to develop a practice. She has, and she is showing us the way. 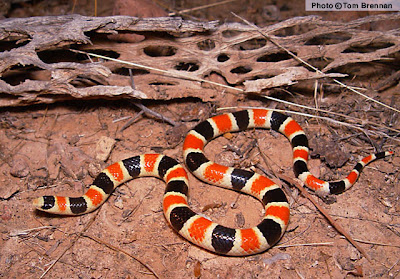