The Muse of Getting Published

—N.R. Lowinsky
“Wetlands” in The Little House on Stilts 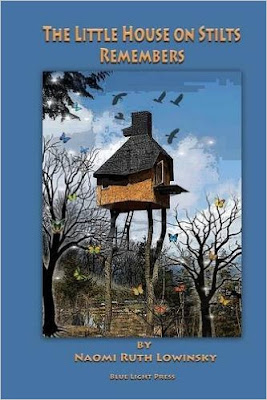 The Sister from Below

is delighted to announce the publication of

The Little House On Stilts Remembers,

and Dreaming of Sunflowers: Museum Poems


When the Muse Goes Public

So he published you showed up at your door
with a dervish swirl flung those litmags down
your first time words in print
did a tango ‘round the living room
—N.R. Lowinsky
“Fling” in The Faust Woman Poems

There’s nothing like getting published to get my muse singing. Understand, this is not the primal fragment of song that stirs a poem’s beginnings; it is not the private song of the poem seeking its tone, rhythm, words, vision. It is a sunlight song of completion, of being seen as a fellow creator by other creators, of being part of something greater than oneself, a journal, a press, an artistic identity—a song of belonging to the world.

Poems about Home find a Home

All the houses she’s loved and sold
remember her
call her by name
—N.R. Lowinsky
“Her Next Life” in The Little House on Stilts 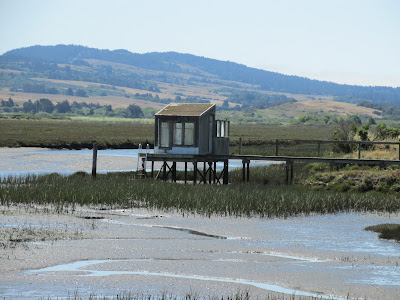 My chapbook, The Little House On Stilts Remembers, began over a decade ago, in a time when my husband Dan and I downsized: sold our beloved but high maintenance home on a ridge, spent many months in an apartment before we found the right townhouse for our new lives. Poems about losing homes, finding new homes, grieving homes, worrying about our common home, the earth, gathered into a collection that wandered around poetry land looking for a publisher for a number of years, under different titles, changing shape, adding and deleting poems. The title poem began at our dear friends’ Lynn and Nate’s country home overlooking wetlands. That little house on stilts stirred my muse, filled me with images. The final iteration of the collection came into focus when it caught the attention of Diane Frank, the chief editor of Blue Light Press. She said she was interested in it but wanted me to go over it with a fine tooth comb and resubmit, which I did.

When The Little House On Stilts won the Blue Light Poetry Award I knew my chapbook had found a perfect home. I’ve admired Blue Light Press, and been drawn to its self–description as a press that publishes “poems that are visionary, imagistic, and push the edge,” a kind of poetry to which I aspire. As a home reflects the people who live in it—their taste, values, world–view—a press reflects the poets it publishes. To win the prize with Lucy Day, who was the first publisher to give my poetry books a home in her press—Scarlet Tanager Books—is still an amazement. I told this story in an earlier blog, The Muse of Synchronicity: Part I 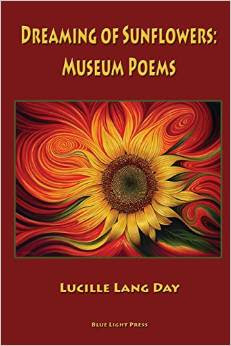 She with her paintbrush
of shadow and light
You with your language of stones
—N.R. Lowinsky
“Many Houses Ago” in The Little House On Stilts

A book “comes out” of the inner dark, the impulse that began it—a phrase, a rhythm, a yearning, an image. Like a seed it needs time in the dark to take form. It may take months, even years to emerge out of musings and meanders, out of the handwritten and the typewritten, into the hands, hearts, eyes and souls of others who will engage with your creation—something new will be created. The long night’s journey into words becomes a thing, a touchable, visible, readable object. It will go off into the world and have a life of its own. Who knows who will read it? Who knows where it will fall into some unknown other’s inner life. Lucy and I were both delighted by the work of Blue Light’s book designer, Melanie Gendron, on our covers. She seemed to see what we envisioned, with more clarity and intensity than we had imagined possible. She and Diane Frank were the high priestesses of a transformation mystery.

Home is a complicated subject for refugees and exiles. The long central poem in The Little House On Stilts, which I see as the backbone of the collection, “Many Houses Ago” contemplates:

Nellie Sachs was a visionary poet of the Shoah who fled the Nazis, as did my family. She and Paul Celan, another such poet, met through the transformation mystery of publication. He found her work in a French journal and they began a correspondence. Their story weaves through the poem which is both about the homes I’ve made with my husband Dan, and about my “other life,” in which some part of me is always a refugee.

I don’t know if my grandmother, the painter Emma Hoffman, knew of Nellie Sachs, who was born ten years after she was, in Berlin. For me they merged in Nellie’s phrase, “lioness of pain,” which describes an aspect of my grandmother that I knew well. In writing the poem these two powerful creative women merged to support what I think of as my own “refugee reality.”


Refugee Realities in the Publishing World

Give me twig feather leaf bird
Give me word
that bursts
into flower
—N.R. Lowinsky “A Life in Trees”
in The Faust Woman Poems, p. 41 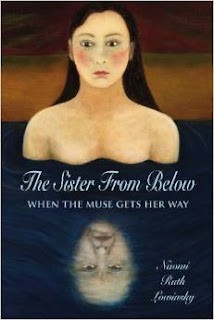 For many years I felt like a refugee in the publishing world. I had been lucky enough to get my first book, The Motherline: Every Woman’s Journey to Find Her Female Roots, published by a mainstream house, Tarcher, and then reissued as a paperback by Putnam. Naively I thought I’d have no trouble publishing my second prose book The Sister from Below: When the Muse Gets Her Way. Not so. The publishing world had changed in the decade since; it was dominated by a few huge houses, and focused on potential best sellers. I also had changed, had become more of my rather weird, poetic, non–mainstream self, and had written a “visionary, imagistic” book that “pushed the edge” between inner and outer experience. It is essentially a book of “acts of imagination” —the Jungian practice of speaking to inner figures. The Sister and I trudged around the publishing world for seven lean years. I received many of the “good” kind of rejection letters, in which an editor or agent admired my writing, wished they could publish it, but was sure it wouldn’t sell well enough for the all powerful bottom line.

During those years I was blessed to be part of the publication board of Psychological Perspectives, a journal published by the Los Angeles Jung Institute. I was and am poetry editor, and I frequently contribute poetic essays. In that circle of kindred souls I have felt appreciated, valued, and had the pleasure and reassurance of getting published. Robin Robertson, the General Editor of the journal, who has published many books, took it upon himself to tell me regularly that my publisher would come. I didn’t always believe him, until it happened. Through the good offices of my friend, Israeli analyst Erel Shalit, my book was recommended to a new Jungian press, Fisher King Press. They published The Sister, got me started on this blog named after her, and my writing life began flowering. The Motherline, which had been out of print for years, was reissued, and they were even open to my poetry, doing beautiful editions of two of my collections, adagio and lamentation, and The Faust Woman Poems.

I came to understand that the changes in the publishing landscape offer new opportunities for us non-mainstream, niche writers—small presses have sprung up and are nurturing a diversity of voices and visions in the writing and reading world.

During the bad years of desert wandering I often dreamt of getting published. The dream would show me the black and white of a published page with my work on it. When Fisher King became my Jungian home those dreams stopped. Creations are creatures, have lives and destinies. Mine long for the satisfaction of being held in published form. Now I take much pleasure in the hand span of my own books on my bookshelf, a full shelf of journals with my essays in them, not to mention several shelves of poetry journals that have published me.

And, speaking of getting published, The Sister from Below is pleased to announce a special issue of Psychological Perspectives, “The Environment: Inner and Outer.” I am proud to have an essay, “Earth Angel and the Tohu Bohu,” in this wonderful issue (V. 58, Issue 2/2015). I am one of a number of visionary writers trying to find a path through the Tohu Bohu—the chaos—of climate change, rising seas, species extinction; seeking to find a way that is at once new and ancient to be in better harmony with our only home, the earth. My friend and colleague Patricia Damery, wonders, in her beautiful paper: “Can we still experience the divinity in the natural world?” My friend and fellow board member, Gilda Franz, who introduces this issue, writes: “The unconscious is part of nature and can guide us to protect it.” I hope you’ll read this essential publication, available from Taylor & Francis.