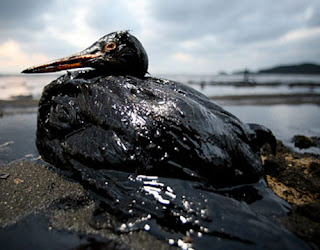 And yet, I also see so many signs of rising consciousness about the danger we are in, of growing awareness that we humans are part of a vast web of life—totally dependent on the well being of all creatures and plants. Many of us, including our president, are talking about the environmental crisis we are in; some of us are writing poetry about it.

My friend Leah Shelleda’s powerful anthology, The Book of Now, is an often elegiac expression of our concerns. As she writes: “the waters are rising and the animals are dying." Shelleda included my poem, “Invoking Patiann Rogers During the Oil Spill,” which speaks to those fears, that grief. Patiann Rogers is a fine nature poet with an “Audubon eye” for the creatures she describes. Here is the poem.


INVOKING PATIANN ROGERS DURING THE OIL SPILL
I thank the distinct edges
Of the six‑spined spider crab for their peculiarities
And praise the freshwater eel for its graces.
—Patiann Rogers

If I knew as much science as you, Patiann
the migratory patterns, mating rituals, feeding behavior
of all those creatures engulfed in sludge
would be in this poem. Would that help
those whose feathers are encrusted in crude
those whose webbed feet can’t swim
those with gaping mouths—dead on the beach?

If I had your Audubon eye—to describe how the least tern
sits on her eggs, how the pelican makes her nest—
could we protect their hatchlings? Could we rescue
the oil clogged sea turtle, the laughing gull
the meandering crab dodging balls of tar, with poems?

Me? I get visions, and their unbearable
music—there’s a dragon fly with oil
weighted wings, there’s a blackened egret…
This is a dirge for the blue fin tuna —
They’ve lost their spawning grounds
in an ocean gone mad with black blood

If we could create an amulet, Patiann
of feather and fin, of marsh grass and mystical measures
of dolphin song, could we bring back the deep sea roe

or are we washed up too
in the Gulf
between how we are all connected—pelicans, poets, blue fin tuna—
and what has become of our world?

We read of the valiant work of volunteers trying to rescue creatures—least tern, sea turtle, laughing gull—“engulfed in sludge…encrusted in crude” and worried that they, and we, were “all washed up,” that neither human rescuers or poetry could bring back what we’ve lost.

In the little village on the Pacific side of Mexico, which Dan and I visit each winter, we are witness to a hopeful effort to protect creatures. San Pancho is devoted to sea turtles. For years “Turtle Frank” and his group of volunteers have raised consciousness about the endangered status of these turtles, and developed methods to protect them. If you hang out long enough on the beach at sunset you are likely to take part in a miracle. Dan and I did.

We were sitting at our favorite beach café, La Playa, as the sun began its descent and the crows and egrets began their fluttering ascent into the palms above us. Suddenly we saw a crowd gather at the water’s edge. 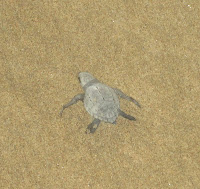 Turtle Frank and his volunteers were releasing 57 Leatherback turtle hatchlings into the sea. They had protected the eggs, kept them from human and bird predators, and now Turtle Frank was raking the sand to smooth the passage of these tiny beings, protected from harm by a crowd of humans and their children. Some of the baby turtles toppled over on their back. Little children lovingly turned them right side up, pointed them toward the sea.

Meanwhile the beach dogs wandered and the lovers held hands. At La Playa folks were drinking Mango Margaritas and eating guacamole. The sun turned deep orange. The sea turned purple. A couple silhouetted in the fading light kissed. The sun fell into the sea, and cast its purple, pink and deep orange on a fringe of small clouds above us. All 57 hatchlings had made it into the sea. We knew many of them would be food for the fish or the birds. We hoped some of them would survive to grow into those enormous turtles, whose evolutionary roots go back 100 million years, who grow big as an SUV, big as the mother who had laid her eggs one night in the very spot where she was hatched and wandered back into the sea. 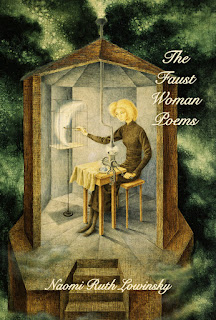