The Muse of Synchronicity: Part II

“My prayer is to be open to how I’m being led.”
—Charles Asher

Part I tells the story of a thread of synchronicities that led to finding companions and publishers in poetry land.  In these synchronistic moments I’d see myself standing in the center of the kaleidoscope of my life, and suddenly it was as if all the fragments rearranged themselves into a new pattern, full of color and light. 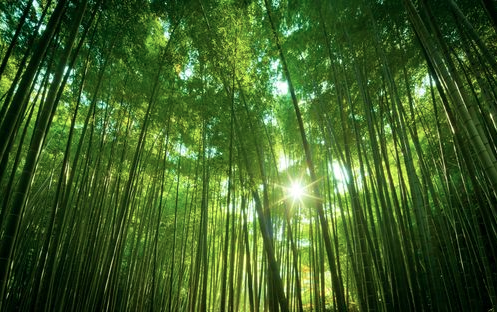 Wind Chimes in the Jung Journal


Any progress I have made, in becoming a vessel in which a greater
communion with all of life…is possible, is because of the great
network of immense old souls, reaching far into the heavens and
deep into the earth, sustaining me in my darkest times…for the sake
of a mystery to which we are bound and out of which we are made.

Frances Hatfield’s gorgeous image of immense old souls, who like trees, communicate over long distances through their roots, in her lovely meditation on her labyrinth, gives me another image of how I experience synchronicity. Waves of energy, happening below consciousness, deep in the roots of our being, connect us to earth, sky, ancestors and those souls who transform our lives. Synchronistic events are a wind chime in the breeze, noting the grace of connection.

How that wind chime chimed when I picked up the latest issue of the Jung Journal and saw the names, heard the voices, of so many souls who touched my life and opened my path. Here’s Charles Asher, writing on the “Good Enough Prayer,” in his wry self–effacing way. His one sentence prayer—which I take as epigraph for this offering—says it all: “My prayer is to be open to how I am being led.” Luckily I was open to how I was being led back in the early nineties, when Charles invited me to teach at Pacifica. I was in the throes of becoming an analyst, struggling to sort out what kind of Jungian I was going to be, when I was thrown into an unfamiliar culture of depth psychology. They spoke a different dialect at Pacifica. Under the influence of James Hillman and Joseph Campbell they used words like poetics, polytheism, imagination, soul. They talked like poets. Actually there was a creative ferment between the enthusiasts of mythopoeisis and iconoclastic critical thinkers like David Miller, now a retired Professor of Religion, who shows up in this issue asking penetrating and disturbing questions about the unconscious biases of mythological studies. 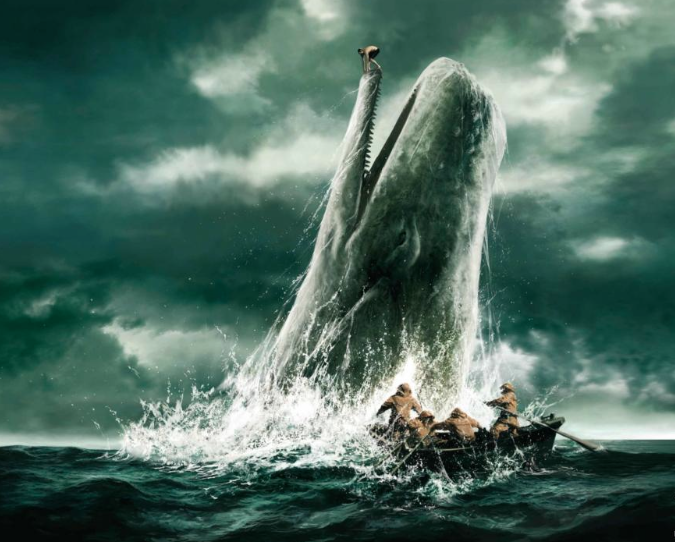 The poets are well represented by Dennis Slattery, who is core faculty in Mythological Studies at Pacifica and writes poetry. He has a beautiful essay on Revisioning Psychology, which he calls “Hillman’s Moby Dick.” He writes, “like the White Whale, soul itself in Hillman’s lexicon is the anima mundi, the world soul, which only the deepest philosophic and poetic meditations are capable of grasping through the intuitive grappling hooks of the imagination.” Wow. This kind of talk opened new windows and doors for me, and inspired me to teach my class on basic Jungian psychology using Goethe’s Faust. I remember the day Hillman came to visit my class. He looked surprised when I explained my approach and then said, “Why didn’t I think of that?” I took that as a blessing.

Pacifica freed me to take seriously my own calling as a poet. Luckily I was open to where I was being led. I left Pacifica to pursue poetry. How synchronistic then, that this issue should include a review of my fourth book of poems, The Faust Woman Poems.


Face the pain as an enemy
that you respect, that it may become a vessel
For what you love.
—Richard Messer 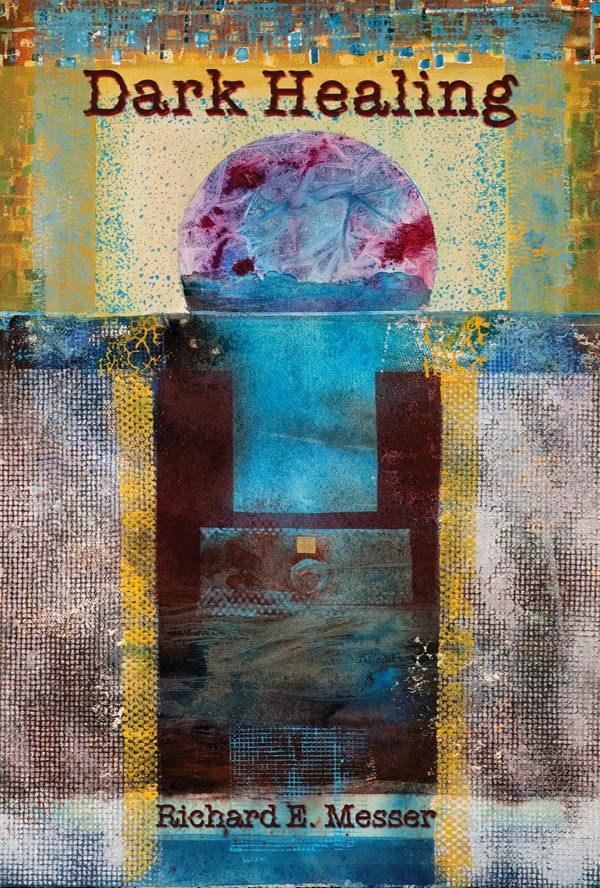 Those wind chimes began chiming again when I realized that Diane Deutsch’s profound review of my book, and Richard Sugg’s masterful review of my friend Richard Messer’s selected poems, Dark Healing, were published next to each other due to the intuitive sensitivity of the Review Editor, Helen Marlo. This is a synchronicity on a number of levels. Richard and I are poetry buddies. He is one of a few people I show new poems to for feedback. This happens by e-mail since Richard lives in Ohio. He gets my work and can mirror it back to me so I can get it at another level. He has an uncanny ability to sniff out just what doesn’t work in early drafts of my poems, and to explain it to me without getting my back up. He has had an extraordinarily difficult life path and his poems track his “dark healing.” Both our books are on that theme in different ways. Here is Richard Sugg’s eloquent summary:


Richard Messer’s extraordinary book of poetry and active imagination focuses on three decades-long parts of the poet’s life: the catastrophe for him and his two young children of his wife’s murder, followed by his conscious efforts to rebuild the family’s life on the new realities they are trying to assimilate, and finally the poet’s efforts to integrate the material following his wife’s murder into his entire birth–to–seventy–five–year–old life.

Using lines from the poems to make his points Sugg does an elegant job of demonstrating the power, breadth and depth of Messer’s poetic and psychological achievement. I believe Dark Healing should be required reading for depth psychologists interested in trauma.

Here is what Messer himself wrote when he was the Featured Poet in Psychological Perspectives:


Those who survive trauma and heal and go on to thrive reach out to those who are in the midst of their suffering.

Tragedy teaches what intuition always whispers—there is a realm in which we are all present to each other, we are one in the deep heart’s core. We mourn for those who die and we move on through the knowledge that what has happened to them, no matter how brutal or tragic, does not define them, or us. Our spirits and souls tell us who we are and give our lives their meaning.

Messer’s realm in which “we are all one in the deep heart’s core” resonates with that other fabulous poet’s realm, Frances Hatfield, of a “great network of immense old souls,” with which we began.

Faust in the Light of the Moon


The moon glows,…and calls out of the poet by the poet’s
attunement to the moon, an attunement to herself.
—Diane Deutsch

Diane Deutsch, who reviews The Faust Woman Poems, is another one of those souls who has touched my life in unexpected ways. I met her in a poetry workshop led by Diane di Prima, a brilliant and wild poet in the Beat tradition. Having returned to poetry I struggled to make peace between my analyst self and my poet self. They quarreled all the time. I suffered from a split in me, in my family of origin, and in the culture, between the values of those passionate souls, like Diane di Prima, like my father, who follow their muse, and those devoted souls, Jungian analysts, my mother, who support other people’s creativity. Could I get them both into one body, one life? Their quarrel became my book, The Sister from Below, but that’s another story. The story about Diane Deutsch is that one day she announced she was becoming a candidate at the San Francisco Jung Institute, and blew up my categories. To me she became a bridge figure between the wild realms of poetry and the contained realm of the consulting room. How appropriate that she would be the one to review my book of poems in the pages of our Institute Journal.

The catastrophe in Messer’s book and life came from outside him—a terrible visitation from pure evil. The catastrophe, in my case, came from the devil in me, who, as Deutsch notes, is female, “comes from the realm of the goddess…breaks things;…is a home wrecker.” Deutsch understands that it is the devil who ignites the individuation process, in Goethe’s Faust, and in my poetry. Healing requires destruction, especially of the “cultural accretion of constrained and repressed female sexuality.”

Deutsch and the editors of the Jung Journal went to the trouble of publishing a full color image of the cover of my book, a painting by Remedios Varo, Papilla Estelar, “depicting a wan moon being fed a concoction by spoon, ground by a pale artist.” I love what Deutsch does with this image:


Taking imagination and spirit, working it into poetry,
feeds the moon spirit, feeds the feminine moon energy,
feeds the poet. In the painting the moon looks weak,
anemic, and is held in a cage. She is being strengthened
by being fed the poetry that comes out of the hard work
of taking imagination, spirit and experience and turning it
until poetry comes.

My gratitude to the Jung Journal for this gathering of souls—like trees in the forest we are connected to each other through our roots, and for the spirit that moves the wind chimes of synchronicity. 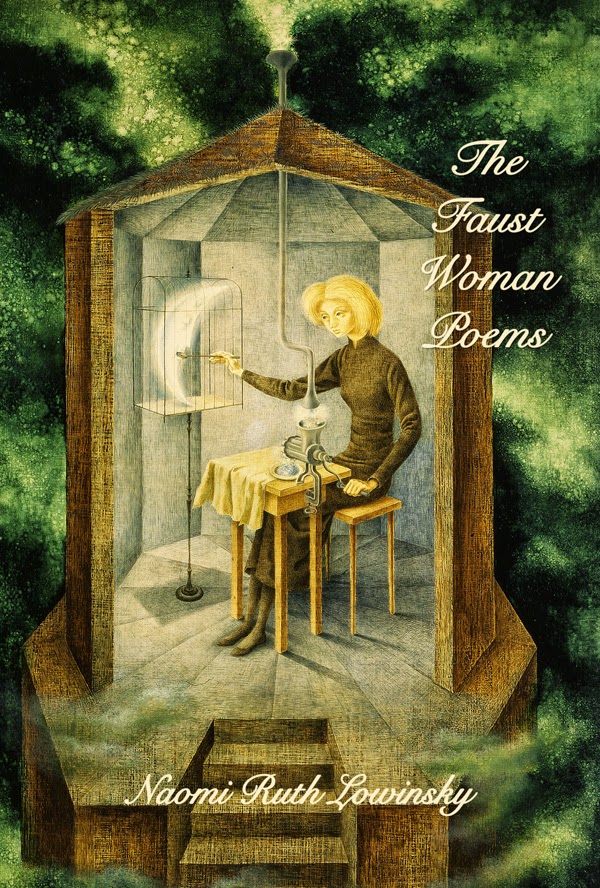