The Muse of Mandela 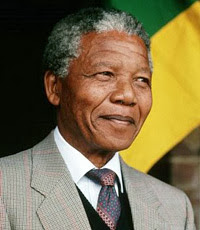 If there are dreams about a beautiful South Africa, there are also roads that lead to their goal. Two of these roads could be named Goodness and Forgiveness.
—Nelson Mandela

The Muse of Mandela 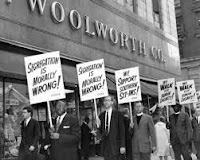 In the wake of Nelson Mandela’s death at the age of 95 I find myself musing about how much his life story has meant to the whole world and to me—living so far away from his South Africa, on the left coast of the USA. I am a member of the generation that came of age in the 1960s. Like many my mind was blown, my life was changed by that great crack in the zeitgeist through which flowed the civil rights movement,  the anti-war movement, women’s liberation, environmentalism and psychedelic drugs. 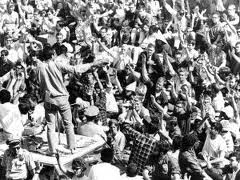 We saw ourselves as part of a great awakening. We understood that “War is not Healthy for Children or Other Living Beings,” “Black is Powerful,” “Women Hold Up Half the Sky,” and “Earth Is Our Mother.” We had seen molecules dance in the branches of a tree; we knew magic was afoot.

We were young, idealistic and naïve. We thought we were crossing over Jordan on our way to the Promised Land. What happened? That sense of loss and confusion is a theme in my book, The Faust Woman Poems.

We thought we knew where
we were going the songs spelt
it out drinking gourd, no moon
night. Didn’t we sneak
past that overseer’s dogs, find
the silent boatman, listen to
the soft splash of oars on the way
to the other side ?

Where
did we think we were headed
on board that train?
We sang the songs, imagined
country lives, city lives, switched
partners, took another toke
of Acapulco Gold…

Long gone what you promised me
under the fig tree. And that key

where
did I lose it? 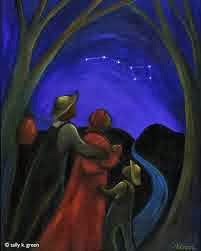 The key got lost, our faith got smashed, by terrible events—the assassinations of President Kennedy, Martin Luther King, Malcolm X, Robert Kennedy. Many of us bent our heads down and pursued the hard, important work of our ordinary lives. Reagan was elected. We lost our larger vision, our hopes for a future without war, poverty, racism, sexism or environmental degradation. What would our world be like if Martin Luther King had lived to be a wise old man with a sharp and witty tongue?