The Muse of Duende 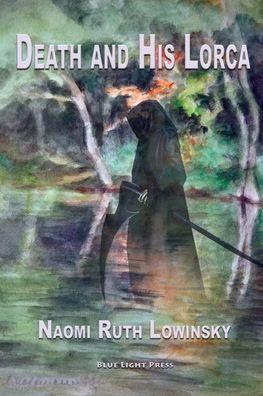 The Muse of Duende
I’m wandering in a shadowy part of town. It is dusk in my dream. I am lost. Can’t find my purse. I think I’m headed for a staircase when I hit a wall. I am told I’m in the Duende—which is the name of a trickster spirit or elf in the mythos of Southern Spain. The Spanish poet Federico Garcia Lorca insisted that duende was essential for the arts. For Lorca duende includes “irrationality, earthiness, a heightened awareness of death, and a dash of the diabolical” writes Christopher Maurer in the Preface to a lovely little book called In Search of Duende.
Lorca has been with me since college, when I was awe–struck by his Poet in New York. I was strangely at home in his nightmarish visions of that city ninety years ago—during the Great Depression. I shared his outrage about American materialism and industrialization and was spellbound by the prophetic tone of his poems, their musicality, and long Whitmanesque lines. As the firstborn in America child of a family that fled the Shoah I never felt at home in the death–denying, “positive–thinking” America of the fifties and early sixties. Eliot’s “Waste Land,” Ginsberg’s “Howl” and Lorca’s duende opened my path into poetry. I recognized this spirit in myself—in my own intense relationship with the dead, and my tender feelings of kinship with Lorca, who died tragically in 1936, at the beginning of the Spanish Civil War. He was assassinated by Franco’s goons because of his leftist politics and because he was gay. He was 38.
Lorca is a poetic ancestor, a Virgil who guides me in and out of underworlds, a major influence whose work derives from music—the Deep Song of the Gypsy siguiriya. In Search of Duende includes Lorca’s essay, Deep Song, in which he writes that the siguiriya “begins with a terrible scream…It is the scream of dead generations, a poignant elegy for lost centuries, the pathetic evocation of love under other moons and other winds.” These gypsy songs have duende, Lorca writes—[they] “are the mystery, the roots fastened in the mire that we all know and all ignore, the mire that gives us the very substance of art.” Jung would recognize that mire as the prima materia of the alchemists. But for Lorca it is more embodied. He quotes “an old maestro of the guitar” who said: “The duende is not in the throat; the duende climbs up inside you, from the soles of your feet.”
Twelve years ago, when Dan suggested we travel to Southern Spain, I felt the duende climb up inside me, from the soles of my feet, insisting that we visit Granada—Lorca’s home. Granada is also the home of Manuel de Falla—one of Dan’s favorite Spanish composers. Dan and I had always wanted to see the fabled Alhambra— situated in Granada. The Alhambra, Lorca’s home, de Falla’s home, flamenco music and dance are etched in my memory and in a series of poems which poured through me during that pilgrimage. They are saturated in Lorca’s duende and later, as we travelled to Córdoba with its tragic history of the Jews, by the duende of our ancestors.
Lorca makes a distinction between the Muse and duende. I don’t. My Muse comes to life when the duende appears, when the flamenco dancer raises her skirts and stamps her feet, when the gypsy singer screams, when death makes an unexpected appearance. She and the duende dance, sing, and poetry begins. As fate would have it, when we returned from that trip, the duende came home with us. We suffered a series of significant deaths among friends and family. And both Dan and I had serious health issues. The duende had escaped from its Spanish container and leaked into our whole lives and into my fifth collection of poems.
According to Lorca, “the true fight is with the duende.” The duende, unlike the Muse, is a combatant, who “does not come at all unless he sees that death is possible. The duende must know beforehand that he can serenade death’s house.” Why is this so important? Because, Lorca explains: “The magical property of a poem is to remain possessed by duende that can baptize in dark water all who look at it, for with duende it is easier to love and understand.” It is the duende who insists I face my own mortality, that I let in the dead who knock on the windows of my heart, wanting to be remembered. it is duende which became the magnet for the poems in Death and His Lorca —a collection in which death takes many forms and the dead show up as spirit guides and companions.
These poems were written before Trump was elected, before the pandemic hit, before mass death invaded our safe American world. I hope Death and His Lorca will bring you who read it to the confluence of the “dark waters” of duende—where life and death flow together—aspects of the same mystery. Here is the opening poem:
Flamenco Dancer
When her arms rise up like Gaudi’s spires
and her hands unfurl like forest violets
When the lamentation of the Moors    the Gypsies    the Jews
makes an agony about her eyes   and her spine
is a wild and supple snake   When she hitches up her skirts
and the stamping begins   in red shoes   She is riding
the exiled horse of her hips   over the yellow land
over dust that remembers   ashes of the burnt
bones of the broken   The soles of her feet
beat a drum   arousing the spirits   of her great
great   great   great   grand   parents
She rides and she rides
that exiled horse
over Lorca’s unmarked grave 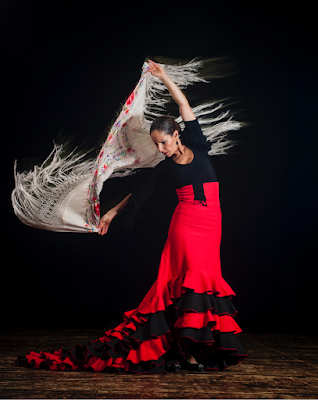 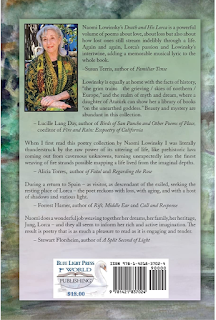 Please join me on Zoom on August 24th from 7-8. I’ll be reading from Death and His Lorca as the featured reader in the Poetic License Fourth Tuesday Series. Check out the website at www.poeticlicensesonoma.com for more information.
Order Death and His Lorca from Amazon here.
To order from your favorite bookstore: ISBN: 9781421837024 (Distributed by Ingram)
To order a signed copy from me, send an email and I’ll send you the information.