The Muse of Gay Poets

holy Sapphomake a place for me now
—Naomi Ruth Lowinsky 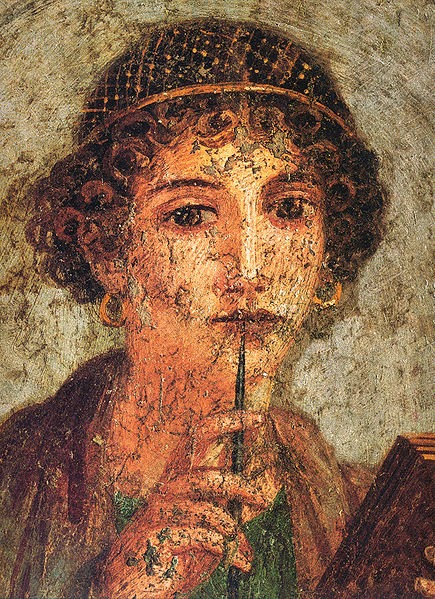 When I was invited to participate at the symposium, “Will You Marry Me?” on same sex marriage, my first thought was “why me, a straight woman?” And then, as though a window were flung open to a landscape full of fragrant trees and running brooks, I had an epiphany: I have been in love with gay poets as long as I can remember. They’ve been my kinfolk, my soul mates, my muses, my major influences. They’ve taught me how to be the poet I’ve become. I can’t imagine my writing life or my bookshelves without Sappho, Rumi, Whitman, H.D., Duncan, Ginsberg, Judy Grahn, Thom Gunn, Audre Lorde. They are my people. When did Mary Barnard’s tender translations of Sappho fall into my hands? (Sappho:A New Translation) I think I was in my 20s.


When did H.D.’s “poetry of the archetypal moment as it pierces personal mortal experience” (to quote my own essay) invade my psyche, never to let me go? I wrote that essay for the San Francisco Jung Institute Library Journal in 1997, but I had been possessed by H.D. for decades before. When I got serious about my own poetry I was told, in a dream, that H.D. was my grandmother. Here’s a poem written under her direct influence: 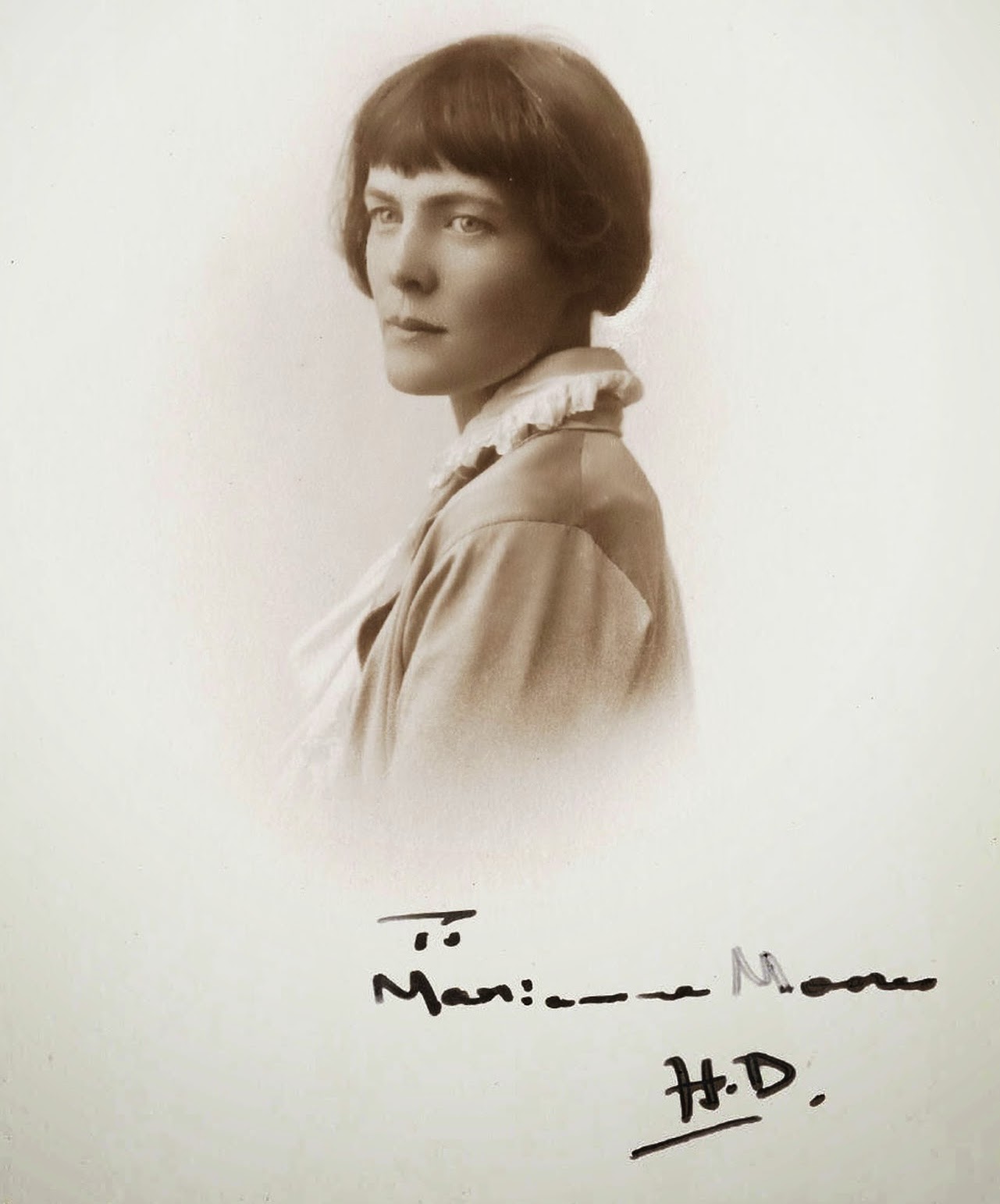 That scene could be happening on Lesbos, back in the day of the tenth muse, Sappho, who, it is said, initiated young women in the arts of love as well as of poetry, music and dance. I cultivated an elaborate fantasy about Sappho and me, which became a chapter of The Sister From Below, “Sappho at Midlife.” In it I imagine that I was an initiate of Sappho’s when I was young, and that I return to her, at midlife, for her help in negotiating the archetypal change of menopause. I invoke her:

tell me, Sappho,
whose delicate fingers
wove the violets into your hair?
whose soft seashell ears burned
at your song?

opened her body
to his song

would you come to the tip
of her tongue
leap
to her image making
mind?

would you send for her
the very chariot
that carried the goddess
she of the doves
and the smile that is
evening star?

Sappho, it turns out, has been waiting to be invoked. She says:


I’ve been here all along, the old voice of female poetry…the ghost of the wholeness of women that’s been ripped into shreds. What woman has written straight out of her body, her feeling, since I did, until now, in your time? My voice is the passion of woman for woman, the passion for the goddess. Every woman needs to know this passion, whether she sleeps with women or with men. 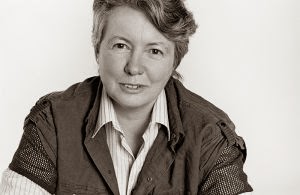 Judy Grahn, whose big breath chant “She Who” opened my lung wings in the 1970s and sings in me still, writes that in Lesbos, in Sappho’s thiasos, we catch a glimpse of a world where “women were central to themselves,” a world where women had access to their ceremonial stories, their myths and their poetry. (The Highest Apple) 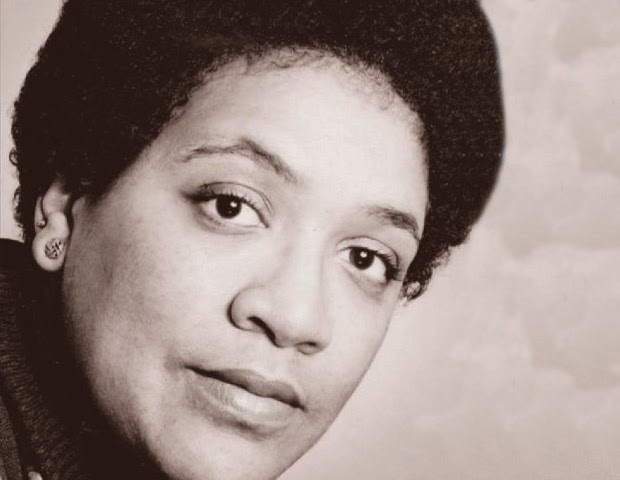 Clearly Lesbian poets were a vital element in the ferment and change of the Women’s Liberation Movement. Poets like Judy Grahn and Audre Lorde changed our consciousness in the 1960s and 70s when the Goddess was finding her way back into women’s psyches. Lorde’s invocation of her African Goddess Seboulisa in her great poem “125th St. and Dahomey” is “printed inside the back of my head,” to borrow Lorde’s words:

The evocation of the Eleusinian Mysteries by H.D., a generation earlier, orients my soul:

“behold
the dead
are no more dead,
the grain is gold,
blade,

stalk
and seed within;
the mysteries
are in the grass
and rain.”
(H.D. Selected Poems)

Though H.D.’s analysis was with Freud, not Jung, she is, for me, the most Jungian of poets, “mythic, hermetic, alchemical and psychological in the deepest and wildest sense. Dip into the pages of her Collected Poems and you dip into the living myth.”
(San Francisco Jung Institute Library Journal V. 16 #3)

Merlin of the Deep Woods 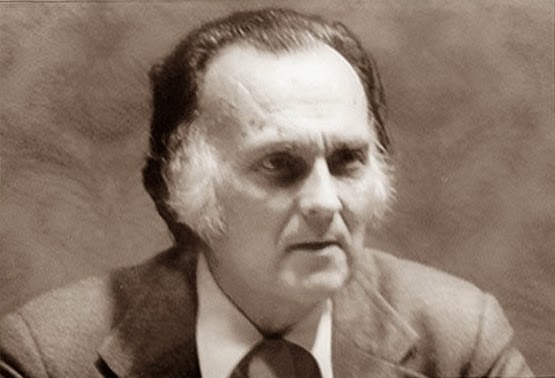 But its not just women who love women who have shown me my way as a poet. There are many gay men among my influences. Foremost among them is Robert Duncan, my Merlin of the deep woods, a magician, seer, wise man, prophet. Duncan loved H. D. and joined her in the quest to bring myth into every day consciousness. Duncan is profoundly psychological:


The Master of Rime told me, You must learn to lose heart. I have darkened this way and you yourself have darkened. Are you so blind you cant see what you cant see?
(”Structure of Rime XX, Selected Poems)

Duncan’s essay, “The Truth and Life of Myth,” in my well worn copy of his Fictive Certainties, is full of underlining and highlighting. He expresses my experience of the creative process eloquently:


Wherever life is true to what mythologically we know life to be, it becomes full of awe, awe-full…

The surety of the myth for the poet has such force that it operates as a primary reality in itself, having volition. The mythic content comes to us, commanding the design of the poem; it calls the poet into action, and with whatever lore and craft he has prepared himself for that call, he must answer to give body in the poem to the formative will.
(Fictive Certainties) 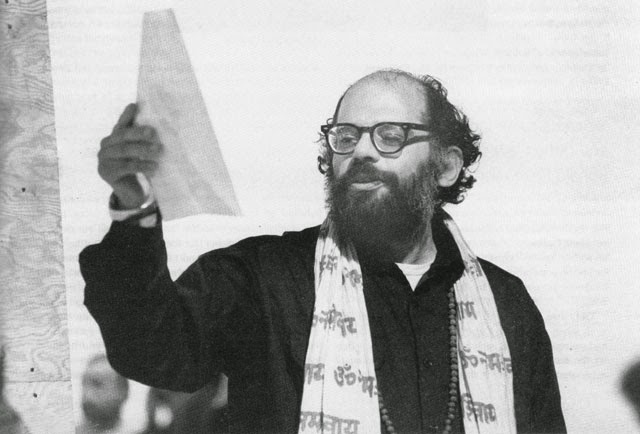 Ginsberg’s Howl called me with its mythic power when I was a teenager; it sent me prowling around Telegraph Avenue in black stockings, yearning to be a beat poet. 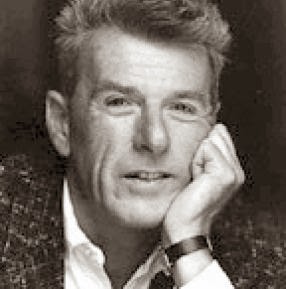 Thom Gunn, who was my professor at Berkeley when I was an undergraduate, newly married, lost to myself and morning sick, has my eternal thanks for praising my writing in an essay on Mother Courage. He gave me courage for my future.

These poets suffered the homophobic hostility and prejudice of their times. Though the ancient Greeks had very different ideas than we do about sexuality—considering same sex love quite natural—Sappho suffered the loss of her beloved ones who’d go off to be the bride of some man. In recent days our gay poets have had to hide their true desire in the closet, to disguise their forbidden love in heterosexual garments. Those who dared speak their truth, as Robert Duncan did in his 1944 essay. “The Homosexual in Society,” in which he came out publicly, have had their poems yanked out of promised publications. Duncan’s poem “African Elegy” had been accepted by the Kenyon Review, until its editor, John Crowe Ransom, got wind of Duncan’s sexual orientation. I know all this from Thom Gunn’s wonderful essay on Duncan, “Homosexuality in Robert Duncan’s Poetry” (The Occasions of Poetry). Thirty years later Audre Lorde, who had had her poetry collection, From a Land Where Other People Live, accepted by Broadside Press, a prestigious black press, in 1973, was asked by the editor, Dudley Randall, about the gender of the speaker in her “Love Poem.” Her biographer, Alexis de Veaux writes, “When she responded that she was expressing love for a woman, Randall asked her to delete this poem from the work. Ultimately, Lorde acquiesced, sacrificing 'Love Poem' for the prospect of another published book.” (Warrior Poet, 130-131) But Lorde got her revenge. She came out at a reading in 1973 attended by many women, including her close friend Adrienne Rich, by doing a dramatic reading of her “Love Poem.” The poem was published in all its erotic glory in Ms. Magazine in 1974! (Warrior Poet, 139) 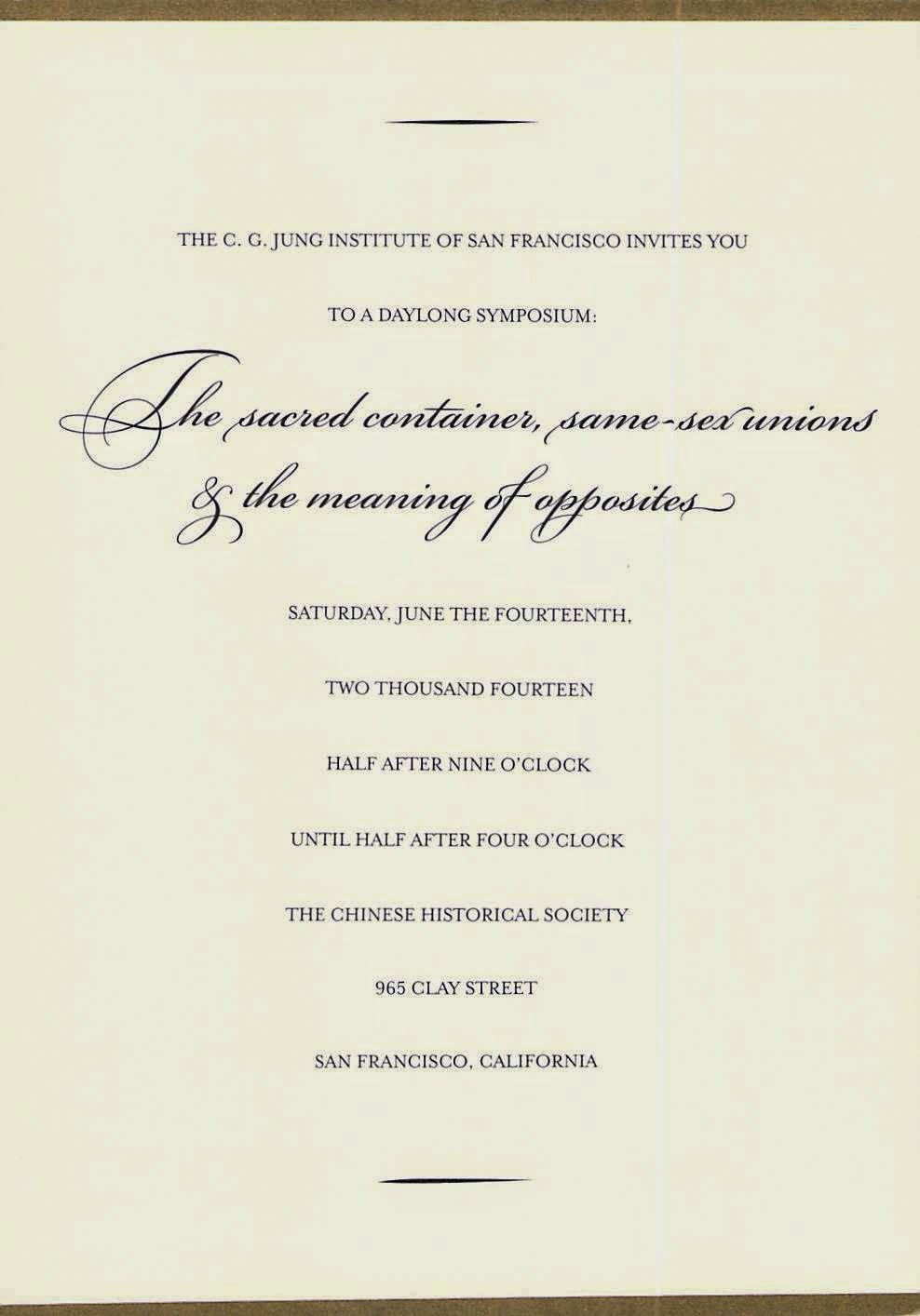 I will be reading Lorde’s poem among others at the forthcoming symposium, “Will You Marry Me?” My presentation, “Sappho’s Bride: The Beloved in Same Sex Poems” will be a bouquet of love poems from my literary lineage. I’ll read in the interludes between talks. Christine Downing is our wonderful featured guest speaker, “Querying Marriage / Queering Marriage.” The other Institute member analysts who will speak are John Beebe, QiRe Ching, Carol McRae, Steven Nouriani, and Scott Wirth. 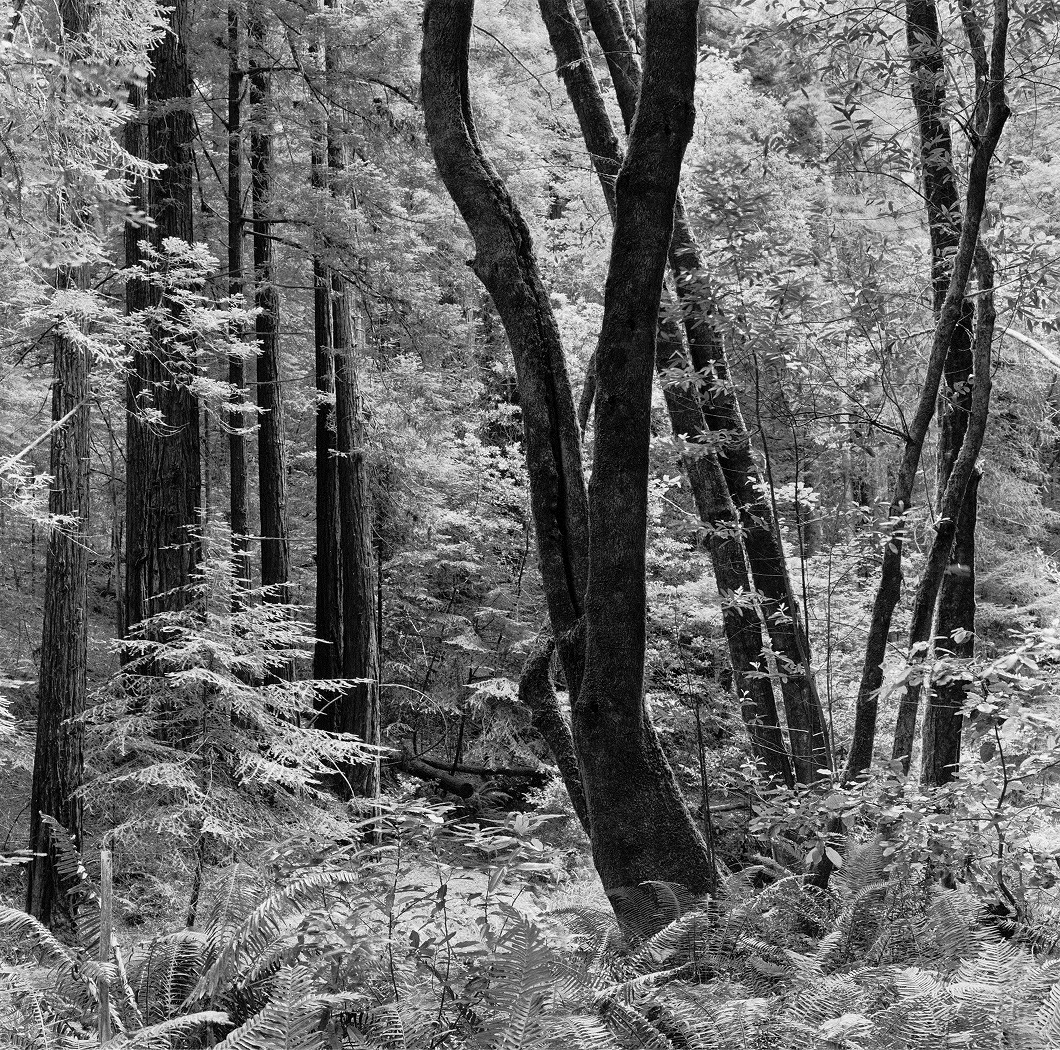