The Muse of Politics Reborn

Reflections on the 2012 Election

Trouble is in the land; confusion all around…But I know, somehow, that only when it is dark enough can you see the stars. And I see God working in this period in a way that [people], in some strange way, are responding.

Before the recent election, during the long and rancorous campaign season, the Muse of my Politics was having conniption fits, anxiety attacks, paroxysms of fear about going backwards to the bad old days, when we were owned by the company store, our bodies controlled by The Man. The Muse of my Politics remembers the days of back alley abortions. It’s easy for Her to morph into a Lament, one of those grieving, keening women in black weeping for all we have lost.

My Muse of Lament could see it all clearly, how the promise of Obama’s election four years ago would be squandered, how we‘d lose Obamacare, Medicare, Social Security, Women’s Rights, Gay Rights, Voting Rights, Abortion Rights, Minority Rights, Supreme Court seats, our chance to address Climate Change, to improve education, to reform immigration policy, to address the immense inequalities between the 1% and the 99%; She could foresee the loss of the great pragmatic spirit of America to rigid idealogues, see how we’d lose our souls, our shirts, our only Mother Earth.

In California She lamented how sad it would be when Governor Brown’s courageous Proposition 30—going against the “No Taxes” absolutism of the times—lost and the public schools my grandchildren attend, the high school in which my step-daughter does her devoted best to get young people talking and reading French, were slashed beyond viability.

O She of little faith. In the sweet glow of rebirth the Muse of My Politics laughs at Herself for so vastly underestimating:


The Youth Vote
The African American Vote
The Hispanic Vote
The Women’s Vote
The Rust Belt
The Democrat’s brilliant campaign
The storm-battered East Coast
The jubilant West Coast
Our common sense and sense of fairness—Our Selves!


O we of little faith. In the sweet glow of victory we realize that we underestimated the enthusiasm for Obama, people’s determination to vote even if it meant standing in line for hours, the outrage about economic inequality, climate change denial, racial, sexist and homophobic nastiness, voter suppression, and the attempts to dismantle the New Deal and Obamacare. Now the sick will not be denied health insurance because they are sick. What’s health insurance for, if not to take care of the sick? My stepson can breathe relief that his daughter, who was born with a heart problem, will now continue to be covered. Ruth Bader Ginsberg can retire, can claim her well–earned peace and quiet. And Obama can become the great President we know him to be.

In his election night speech the president said, “I have always believed that hope is that stubborn thing inside us that insists, despite all the evidence to the contrary, that something better awaits us so long as we have the courage to keep reaching, to keep working, to keep fighting.”


We did keep reaching, working, fighting. We did have hope. But though the pollster Nate Silver kept telling us, Obama would win, though we hoped he was right, we bit our nails and obsessed about the Electoral College. Why were we so fearful?? I think it is because we have been so traumatized. Our golden moment, four years ago—electing our first African American President—was shattered by what happened next. We were stunned by the utter intransigence of many Republicans, their refusal to work with the president in a time of terrifying economic crisis—their only goal to destroy him, which seems to me a kind of treason, a betrayal of the purposes of representative democracy. Al Sharpton made one of his searing remarks about those who don’t like the captain, so they kill him, are also bringing down the ship and everyone on board. The racist undertones were not lost on us. We were shocked by the Supreme Court's decision that said “Corporations are people,” by the empowering of the rich to buy even more political clout than they already have. Were we losing our democracy? The 2010 elections brought the climate change deniers, the women rights plunderers, the New Deal dismantlers to power in the House. We saw the possibility of losing everything we and our forebears had struggled for.

Dan, my son and I went to the Oakland Museum some weeks ago, to see the exhibit “1968.” We watched a film clip of Robert Kennedy’s casket being taken by train through the country, and everywhere there were crowds of mourners, of all races, all cultures—all devastated by the loss of the man they had hoped would be president. A young black man, watching with us, saw the tears in our eyes. He told us he was two when RFK was assassinated, but that he had been his hero. I saw the through line of legacy, from RFK and Martin Luther King—who had been assassinated a few months earlier to Obama, and prayed that Obama would have the chance to create his legacy, which is our legacy and that of our dead.


It is my father’s legacy. He was an immigrant from Nazi Germany, who became a passionate American liberal and supporter of civil rights.

It is the legacy of my ex-husband, my children’s father, who died a half year ago, praising Obama on his deathbed. He was a public health doctor, very politically engaged. He was concerned about voter suppression and dirty tricks. It’s so unfair that he didn’t live to glory in Obama’s reelection, but I think his spirit is dancing among us.

It is the Kennedy’s legacy—Jack, Bobby and Ted’s—especially Ted’s— since that brilliant and outspoken proponent of economic equality, Elizabeth Warren, just won his senate seat. Especially Bobby’s—he understood the civil rights movement as few politicians of his time did, and had the terrible task of telling a crowd in Indianapolis, on April 1968, about MLK’s assassination. This is part of what he said in that agonizing moment, just a few months before he too, was killed by a white man:

For those of you who are black and are tempted to…be filled with hatred and mistrust of the injustice of such an act, against all white people, I would only say that I can also feel in my own heart the same kind of feeling. I had a member of my family killed, but he was killed by a white man.

My …favorite poet was Aeschylus. And he once wrote:

Even in our sleep, pain which cannot forget
falls drop by drop upon the heart,
until, in our own despair,
against our will,
comes wisdom
through the awful grace of God.


It is Martin Luther King’s legacy—just before he was assassinated, he said:


Like anybody, I would like to live a long life. Longevity has its place. But I'm not concerned about that now. I just want to do God's will. And He's allowed me to go up to the mountain. And I've looked over. And I've seen the Promised Land. I may not get there with you. But I want you to know tonight, that we, as a people, will get to the Promised Land!

It is the legacy of my generation. We came of age in the 1960s, were gripped by the civil rights movement, by the women’s movement, by the expansive social and spiritual consciousness; we were traumatized by assassinations. It is the legacy of many I knew in India, when I was there with my first husband, who was the Peace Corps doctor in Hyderabad. I wrote about this time in The Sister from Below: India held us young Americans with curiosity and compassion and deep kindness. She mourned our fallen leaders with us. Sheela, who washed the floors every morning, and sat in the kitchen deftly removing rocks one by one from our daily rice, had lost three of her five children. She asked me about Rose Kennedy—how many sons had she lost. Three I told her—one by war, two by assassination. “Abah!” Three grown sons!” And she wept with me. She told me she had a photograph of JFK in her home, next to her photograph of Mahatma Gandhi. Now she would add photographs of RFK and MLK. (p. 100) 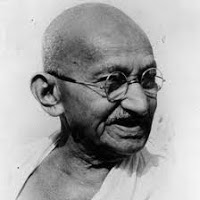 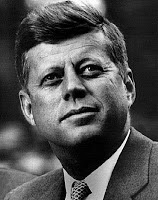 It is the legacy of Obama’s mother and father, of his Kenyan and his American ancestors. After his first election the Muse of my Politics came to me in the form of the ghost of his Hawaiian grandmother, the one who helped raise him and who died shortly before his election. She demanded a poem in her voice. Here it is, in honor of her legacy:

I never knew I’d be wind, when I died—a warm wind
on my way home from the islands—a light breeze

his election night. Does he know this is me—
touching his face and the faces of those who never believed

sweet as the sound of the slack key guitar, or that I’d become
an ancestral spirit in the land where they know how to feed

the dead—they’re roasting four bulls, sixteen chickens,
some sheep and goats, to feast the one

who belongs to us all—to the Kenyan village
of his grandmother Sara, to the spirits of his father and mother, his black

and white grandfathers, to the ones who are laughing and crying in Grant Park.
In the land of the dead— nothing is over—we still wander, still worry

take pleasure, make trouble, demand our portion
of beer, of drumming, of dancing all night. I say to you living—

though I’ve drifted away, though I’m only a sigh—an ex–
halation—I can feel your whole world shift—


Note: I am grateful to Steve Zemmelman for the reference to RFK’s Indianapolis speech and the quotation from Aeschylus.
Posted by Dan at 8:06 AM