The Faust Woman Poems Are Out

It is April, the month of poetry, of Earth Day, of flowering. What a fine month for The Faust Woman Poems to emerge out of their long hibernation and look around the blooming world, blinking. The life behind many of these poems has been hibernating for forty some years— hiding out in old notebooks stored in the garage—until a dream grabbed me, called me “Faust Woman” and insisted I go through those notebooks in search of my younger self.

Why Faust Woman? The notebooks took me back to that wild time when I, among so many women of my generation, was suddenly touched by the Goddess. Like Faust we had no idea what we were getting into when we invoked the Earth Spirit to release us from our narrow, confined lives. She thrust us into the wilds of sex, power and creativity, and we owe Her our sexuality, our creativity and our souls.

I remember the moment the Goddess first touched me—woke me up—in a Women’s consciousness raising group in 1969. She blew the top of my head off and I could see the light of my own nature, hear the voice of my soul.


I also remember doing Authentic Movement in the early ‘70s—how the Goddess lit up my body with essential fire, gave me carnal knowledge of hips, feet, pulse, desire. I saw molecules dance in the sun. Poetry came to me. So did lust, longing and ambition. The Earth Spirit claimed me as Her own.

My own poems gather me—show me who I am and where I’ve been. I hadn’t remembered that the Goddess had embraced me as a toddler. Often I don’t know such things until a poem reveals them. My father’s first job in America was at Black Mountain College in North Carolina. I was a baby there. I had no conscious memory of the place until Dan and I visited it—now a Presbyterian summer camp—a few years ago.


The poems that came made clear the power of the Earth Spirit in my earliest childhood. Here’s one of them, from the section of The Faust Woman Poems called “Earth Spirit.”

Early I lost you      Lately I’ve found you
again      Sweet spot, source
of the singing in my heart      and my communion
with the mountains

This is why I consider myself a “Black Mountain Poet” even
though the famous poets—Creeley, Olson, Duncan— did not
come until my family was long gone.

April 22nd is Earth Day, a kind of birthday for the Earth Spirit. She is the Goddess who claimed me when I was a toddler, who knocked down the walls of my uptight scared little life in my late 20s, who brought me back to my essential Self. I am deeply grateful to Her.

Now, most of a lifetime later, as oceans rise, as climate changes, as species die She comes back to me in deep trouble—as Wounded Earth. My poetry is a small thing to offer Her, but it’s what I have to give. It is impossible to take in the enormity of Her suffering, how many of Her creatures are losing the ground, the ice, the trees, the seas in which they survive; how many are losing their bearings among the high towers of cities, the violent weather, the shift in seasonal patterns.

Solastalgia is a term coined by Glenn Albrecht, an Australian environmental philosopher. A mash-up of “solace, “desolation, and “nostalgia,” it describes the inability to derive comfort from one’s home due to negative environmental change. I think we all suffer from it profoundly.

I found a list of threatened species on line: (http://www.earthsendangered.com/list.asp). It is overwhelming. As of this month 10,796 are listed and that does not include plants. I made myself scroll through that list. I could barely stand to read through it. I was amazed by the wild poetry of this human “naming the animals project,” and horrified by the desecration the list describes.

It is unbearable that the Earth is being deprived, starved, depleted of Her creative bounty, Her wild, teeming life. I do not know most of the creatures on that long, long list, but in honor of Our Mother I need to write out some of their marvelous names, look at a few of their haunting images; I need to grieve, to keen the loss of our creaturely legacy, our squandered inheritance.

How can we go on without the Fabulous Green Sphinx Moth, the Fairy Tree Frog, the Fat–nosed Spiny Rat, the Flame Templed Babbler, the Rusty Grave Digger, the Red Handed Howler Monkey, without Naomi's Forest Frog? 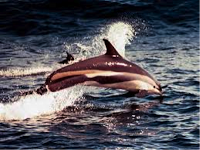 How will we live in our homelands without the African Elephant, the Atlantic Humpbacked Dolphin, without the Bombay Bubble–nest Frog, the Cambodian Laughing Thrush, the Egyptian Vulture, the Formosan Yellow–throated Martin, without Galapagos 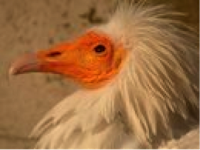 Coral, without the Hawaiian Hoary Bat, without the Japanese Paradise-flycatcher, the Lake Placid Funnel Wolf–spider, 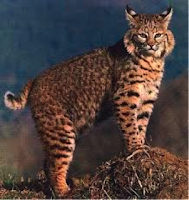 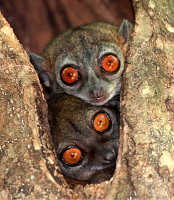 How can we be at home on earth when our kin, our totems, our teachers, our food, our dream figures, our very nature is gone? 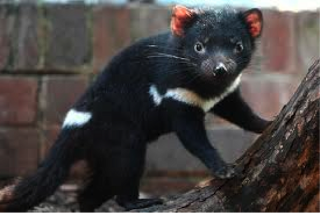 In Jewish legend Lailah, the Angel of Conception, watches over the unborn child, initiates us into life on this earth. She came to me in a temper, and this is what she said:

Lailah, the Angel of Conception…watches
over the unborn child

and drive. I did not send you past moonstone
past glow worm, to ignore the light. I did not touch

the soft spot on your crown, nor seal
my blessing on your upper lip, to be a slave

with oaks. Pay attention—
the frogs have stopped wooing

the oaks been sold down river
Grandmother Spider Brother Rabbit

are losing their worlds. You have ears —
Hear them. You have a heart—feel them

You have two lungs—breathe
I give you the wind

in the grasses. I give you the sight
of Coyote. She’s meandering up

the mountain. Follow her. Perhaps she will throw
your shoe at the moon. Perhaps the moon

will you remember
me?

(Published in The Faust Woman Poems)