“Soul’s Tongue: A Poetry Reading with Cello and Conversation” 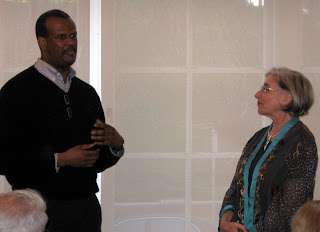 February 7th brought us the first afternoon of a series of poems and conversations by poets addressing a common theme, accompanied by music and visual images. The impetus for these conversations arose from the notion that poetry is a “crossing” over varying psychic territories that touch our lives, our practices, and our humanity with both a feeling of recognition and surprise.

All shared the medium of language and engaged in the work of translation—from image, affect and memory into words.
FORREST HAMER is a widely published poet. He is the winner of the Beatrice Hawley award for his collection “Call and Response” and the Northern California Book Award for his collection “Middle Ear.” His most recent book of poems is called “Rift.” Poems of his have been published in “The Best American Poetry.” Forrest Hamer also works as an analyst and comes from the Psychoanalytic tradition.

NAOMI RUTH LOWINSKY has published her work in many literary magazines. Her poetry collections are “red clay is talking” and “crimes of the dreamer.” Her memoir on creativity, “The Sister from Below: When the Muse Gets Her Way,” was recently published. Naomi also works as an analyst and comes from the Jungian tradition. 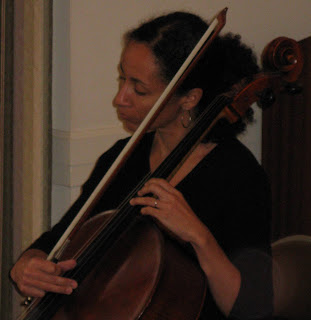 CHRIS EVANS has performed classical music in the Bay Area and France. She has played in the orchestras at San Francisco State, UC Davis, and UC Berkeley. Lately she has become interested in improvisation and composition.
Posted by Dan at 11:43 AM