News from the Muse: The Muse of South Africa

Naomi’s essay “History is a Ghost Story” was just published in Psychological Perspectives Vol. 54 #4. Here is an excerpt:

History is a trickster, a thief. It cheats us out of where we think we’re going, what we think we own, whom we love. 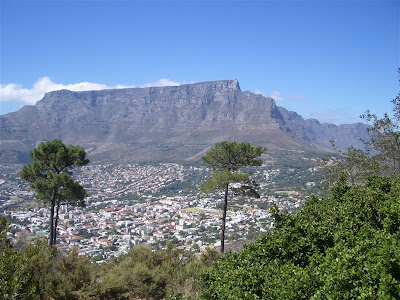 On the first day we arrived in South Africa in a jet–lagged haze, we were told we had to go to the mountain. This was Table Mountain, an imposing flat topped stony god that presides over Cape Town. It was a clear bright day. There was no “table cloth,” no cluster of clouds hanging over the mountain, obscuring the view. This we were told was most unusual—coming after days of rain—an opportunity we had to seize. So it is we found ourselves on top of the world, glorying in views of the wild coast, Devil ‘s Peak, the 12 Apostles. We meandered in a strange marshland filled with wildflowers. A bright green–necked orange–breasted bird flew by. I had not understood how much of the magnetic pull of Africa comes from the landscape. In Cape Town, everywhere you go the mountain dominates—pulls your eyes, your mind, from the business of the street to the high slow language of rocks and earth.

It was August, 2007. We were living in the shadow of the Bush years—had no idea as yet we were soon to have an African American president. We felt ashamed of our own country. At the opening reception to the conference I met Mamphela Ramphele—a tall elegant woman in black, something lacy at her throat. She embodies South African history. In her youth, she and her lover, Stephen Biko, were among the founders of the Black Consciousness movement of the 70s. I had read about them, read the poetry of that time. In the new South Africa she became the Vice Chancellor of the University of Cape Town—the first black woman to hold such a position at a South African University—and a Managing Director of the World Bank.

My father’s spirit leapt and glowed—he had always loved beautiful women, was a master of seduction. Was it he in me who went on and on to her about what a beacon South Africa was to our country? We had lost Martin Luther King and Malcolm X—we had lost meaning and direction, we felt lost in the current state of corruption and evil. South Africa had changed so dramatically for the better. It was an inspiration.

Was it the spirit of my father to which she responded, saying that my people were her inspiration, for the Jews had always valued literacy and education? That’s what the new South Africa needs. My father loves that kind of talk. I had been reading South African poetry, poems that told the unbearable stories… 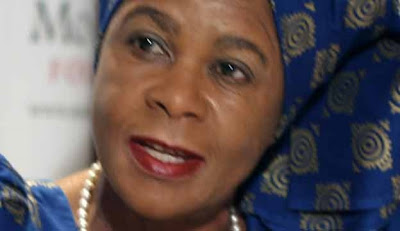 On the next day Ramphele was our plenary speaker. She wore a bright red dress and shawl and shone throughout the hall. She was bold and her manner was fierce, her vision wide and political. She spoke of the Truth and Reconciliation Commission, which had been established by the post Apartheid government to facilitate recovery of the truth of what had happened. Hearings were held in public. She described it as a ritual of healing that helped the country find meaning. She spoke of its limitations, its failures. She spoke of the social engineering of apartheid, which destroyed families by separating the men, forcing them to live in barracks away from wives and children. Apartheid also blocked the education of young blacks, and the country was still suffering the consequences of a lost generation.

I felt touched by a world of experience I couldn’t articulate—but which moved me deeply. We began to lose our innocence, the spirit of my father and I, listening to her. We had wanted to believe that a new paradigm of justice and humanity was born out of Africa, and would lead us into the Promised Land. We wanted to believe that Mandela was Moses. It’s true he had walked out of prison because of his own great spirit and the wisdom and courage of then South African president F.W. de Klerk. Mandela had been elected president, there had not been bloodshed, but, as Mamphela told us, the terrible problems of economic inequality had not been solved. Whites still lived in privilege while many Black Africans were stuck in unbearable poverty. Whites complained that their children could not get work. Their talents were getting lost because they were emigrating… 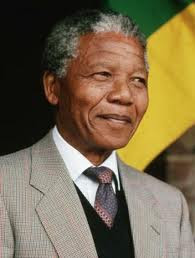 I wrote a poem about these experiences in Cape Town:

In Suffering, and Nightmare, I woke at last to my own nature.
Frank Bidart

On Robben Island
where the writing on the wall reads:
“Happy Days are Here Again!”
William says he’s still imprisoned—
can’t get a job besides this-—
being our tour guide in Maximum Security
We see you

At Langa, where Brenda and her sons
share six dark rooms, one stove, one broken toilet
with fifteen other families
You have our number

At the Langa Baptist church
held in the murmur of prayer

Table Mountain
Knife Edge Mountain
Altar where the Sacrifice is made; You Saw

WHAT THEY DID
TO STEVEN BIKO
How the GIRL GOT BURNT
How the HEART SLUNK AWAY...
What did we know?
What did we not know?

WHEN THE MOTHERS
LOOKED INTO THE FACES OF THEIR SONS’
MURDERERS, FOUND THE HUMAN
CORD—
Where does it live? 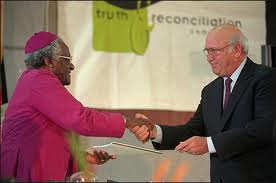 To read the entire essay you can order Psychological Perspectives, Volume 54, # 4.