News from the Muse: The Muse of Musicology

The Muse of Musicology 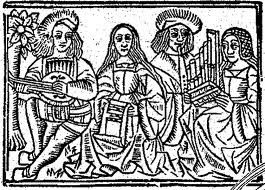 My father, the musicologist Edward E. Lowinsky—a difficult and demanding character in my psyche—has been dead for over twenty-five years. Recently he made a major shift in my inner world. No longer is he a demanding and critical inner voice. Instead, he is a brilliant and tragic figure. I feel for him. How did this transformation occur? Not by dream, not by active imagination, not by the intercession of a spirit guide—none of my usual modes of imaginal work are responsible for this deep shift in feeling. It is thanks to an article by the musicologist Bonnie Gordon, recently published in the Journal of Musicology (Vol. 28, #3, Summer 2011) entitled “The Secret of the Secret Chromatic Art.”

I have always known that my father was a controversial figure in his field, a founding father of American musicology who believed that no art can be studied separately from its culture. But I have never understood his story in the larger context of his field. Gordon’s beautifully written, psychologically astute and compassionate portrait of my father helps me feel his influence in a less conflicted way. 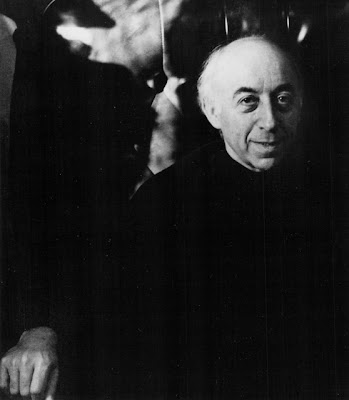 Photo of my father by Nikki Arai

Gordon writes of my father’s first publication in America, a “strange but riveting book entitled Secret Chromatic Art in the Netherlands Motet.” It came out in 1946—just a few years after my family had emigrated from Europe, fleeing the Nazis. There is a great deal of difficult technical musicological material in Gordon’s essay, which is way over my head. But the gist of what I understand from her is that my father was convinced that there were secret expressions of protest and heresy hidden in Dutch motets of the sixteenth century. This, remember, was the beginning of the Reformation—the Protestant revolt against the hegemony of the Catholic Church and the Inquisition. On the surface, my father said, the texts and melodies followed the rules decreed by the Church. “Beneath that compliant surface” she writes of my father’s theory “lurked secret chromaticism and seditious meanings that remained hidden from the eyes and ears of the Inquisition.” She quotes my father: ”To the world at large it offers us outward form, reserving for the circle of the initiated its secret meaning.” 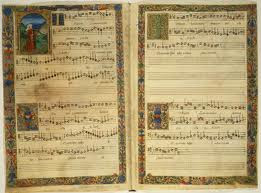 Gordon’s thesis is that my father “aligned Nazi Germany with the Inquisition.” She writes: “Beyond its engagement with music theory and cultural history his Secret Chromatic Art delivers a modern narrative of oppressed minorities, ‘authoritarian’ regimes, and the artistic triumph of the dispossessed.”

I know this part of my father. He loved Spirituals. We sang them as a family. The story of Black people and the story of the Jews was the same story in my childhood. As a child I learned that spirituals often hid secret meanings—communications about seditious meetings, information about finding the Underground Railroad.

I knew my father as eloquent and persuasive. I also knew him as arrogant and contentious. It was never easy to have a dialogue with him; he had to have the last word. I often heard him rant about his fellow musicologists. Gordon’s empathic essay puts this in context for me. His Secret Chromatic Art had not been well received; his theory was never accepted. I had not understood the depth of his suffering about this. Nor had I understood his influence on me. I have been obsessed with African American poetry, I have written about spirituals and their secret significations. I have been obsessed with the Inquisition, The Shoah, the Spanish Civil War, issues of tyranny and oppression. I see now how my obsessions follow from those of my father; many of my poems are expressions of his concerns. Here’s one:

YOUR PEOPLE ARE MY PEOPLE

I’m going to be just like you, MaRainey…& sing from the bottom of hellup to the tops of high heaven
--Al Young

but I want you to know Al


Until I read Gordon’s essay I did not understand how profoundly my father felt like an outsider. Gordon quotes Edward Said:


Exile is strangely compelling to think about but terrible to experience. It is the unbearable rift forced between a human being and a native place; between the self and its true home; its essential sadness can never be surmounted.

Shortly after he arrived in America (years before the State of Israel was created) my father gave a talk in which he described the Jew as one with “no center of his own, he has no soil of his own, there was no landscape which would smile at him with the assurance ‘I am yours.’” My father had lost his native tongue, his professors at the University of Heidelberg who influenced his thinking and the academic future he had expected to find in Germany.

Until I read Gordon’s essay I did not know that among my father’s professors were Karl Jaspers and Heinrich Besseler. Jaspers was interested in mysticism, Besseler in esotericism. Gordon makes a connection between the secret oral tradition of the Kabbalists and my father’s belief in a secret musical mode of communicating forbidden ideas. So my father’s understanding of the world was influenced by German Romanticism and a fascination with Jewish and Christian mysticism; so is mine.

I did not know until I read Gordon how difficult it was for him to find a position in America. Gordon quotes a letter in which he writes of sending out eighty letters to colleges and universities before, with some help, he finally got his first teaching position at Black Mountain College. I did not know how impossible he found the burden of his teaching, providing for his family while trying to find time to pursue his scholarly work.

I did not know what the big fight with Joseph Kerman, who had been his colleague at Berkeley, was all about, though I remember hearing snatches of my father’s fury. As Gordon puts it:
The story of the secret chromatic art intersects with a larger disciplinary story of generational and ideological divides between scholars who were educated in Europe…and those younger scholars who wanted to “liberate American musicology from the stronghold of German influence in order to create a particularly American tradition.”

For Kerman, my father became the symbol of that conservative tradition. It’s the familiar story of the Prince challenging the Old King—the young buck taking on the old stag. From Gordon’s description I can see how my father’s character flaws deepened the tragedy we all have to face as we age—that we must hand over power to the younger generation. My father was not able to have a dialogue with Kerman. He fell into what my friend and colleague Sam Kimbles calls a “culture complex.” Kerman became a Nazi and a racist in my father’s eyes.


Professor Kerman is playing a dangerous game with dangerous words that the older generation has heard before and fervently hoped never to hear again. Nor is Professor Kerman so young or so innocent that he can claim to be unaware of the twentieth–century use and origin of the terms ”alien” and “native” in matters of art and scholarship. One generation ago the Germans talked a lot about “alien” elements in German culture. They also did something about it.

Gordon’s empathy helps me feel for my father in this story. She writes: “The debate with Kerman…situated Lowinsky falsely, I would argue, as the enemy of progress…Lowinsky stood as a straw man.” 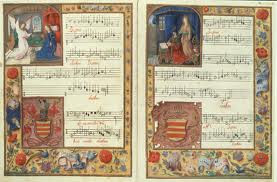 I did not know until I read Gordon’s essay, that when his colleague Howard Mayer Brown went to visit my father on his death bed he was still wrestling with the battle over his Secret Chromatic Art. I remember him in those last days, pale and wan in his hospital bed, in denial about his impending death. I still could not engage him in a dialogue: I couldn’t get him to talk about his life, his work, or our relationship. I did not comprehend the tragedy of his life.

Maybe he understood it better than I knew. What he did speak to me about was the opera Eugene Onegin by Tchaikovsky, which was strange because he had never liked Tchaikovsky—claimed his music was kitsch. Now he was telling me the story of Onegin and Tatania at the ball—how radiant she was, how full of love for Onegin. But he, self absorbed, paid her no mind. My father closed his eyes and said: “Onegin has forever lost his chance to love.”

My father’s birthday is coming up, Jan. 12th. He would have been 104 this year. I just received an e-mail, from Bonnie Gordon responding to my thanks to her for opening my heart to my father with her wonderful essay. She wrote me about her presentation of her paper at the AMS (American Musicological Society)…


[It] turned into something of a love fest for your father and his ideas. Former students and indeed former enemies seemed to have come to some sort of intellectual peace with his ideas.

Here‘s a poem for you:

one singing
voice
you left me

(published in Earth’s Daughters and in Adagio & Lamentation) 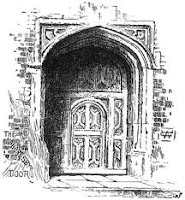 Note: According to the Kabbala each letter of the Hebrew alphabet has an image associated with it, and daled’s image is a door.