The Muse of Radio

How often does it happen that a poet and her muse get to live out a mutual fantasy?  What would a poet and her muse’s mutual fantasy look like?  Poet As Radio!  Poet as voice, chant, spoken word, with enthusiastic radio hosts inviting her to read more poems, especially the long weird ones, like “crimes of the dreamer” she so seldom gets to read aloud.  And these hosts, who asked smart questions and had actually read her work, would be particularly interested in her relationship with her muse.

This was not a dream.  It actually happened to me and the Sister from Below on a recent beautiful Saturday morning in an industrial section of San Francisco where KUSF-in-Exile hides out amidst music studios and truckers.  Delia Tramontina and Jay Thomas were the hosts of a Saturday morning show, “Poet As Radio.”  They had an uncanny knack for asking me to talk about my favorite topics: the oral and musical nature of my poetry, its influences, the tension in my work between narrative and surrealistic impulses, my pushy muse and the influence of Jungian psychology on my life and work.

If you’re interested in any of this, you can hear the interview by clicking here. 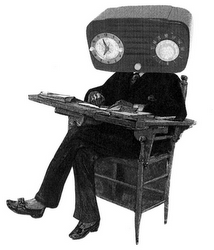 By the way, here's a short history of why KUSF is in exile:

The Federal Communications Commission Media Bureau ruled that the proposed sale of the KUSF 90.3 FM broadcast license from the University of San Francisco to Classical Public Radio Network (CPRN - a group controlled by the University of Southern California) could go ahead. Behind closed doors, the FCC, USF and CPRN agreed to a consent decree allowing the sale to go through in exchange for a $50,000 fine. We're as disappointed as you are that the Media Bureau ignored our arguments and held secret negotiations allowing USF and CPRN to claim they didn't knowingly violate the law. 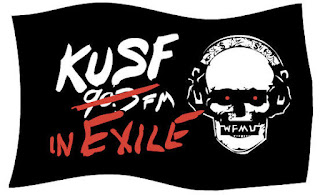 You can help KUSF fight this travesty by generously donating to Friends of KUSF. Help restore an essential voice of the San Francisco Bay Area to the air. Any amount will benefit. You can also mail a check. Make it out to KUSF's fiscal sponsor, "Media Arts Center, San Diego," and mail it to:

Donations are tax-deductible and you will receive an acknowledgment letter confirming the donation.
Posted by Dan at 9:16 PM