The Poetry of Resistance III

The Muse at the Oasis

Chaos has awoken from a long nap
is putting on dancing shoes and heading for the streets…
—Naomi Ruth Lowinsky, “In the Wild Wake” 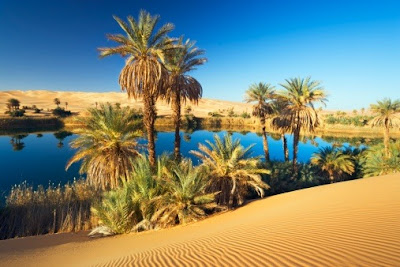 
The Kali Yuga say the Hindus is a dark age lacks holy law
a time of hubris greed war
—Naomi Ruth Lowinsky, “In the Wild Wake”


We could use an oasis right about now, as the nightmare news cycle beats us about the head, invades our left temporal lobe, where speech dwells. It is hard to find words for the chaos we’re in. We wander a wasteland, our world torn apart at the seams, as our new president proceeds to rip up the careful advances of the Obama administration: Health Care, the Paris Climate Accord, Prison Justice Reform, wholesome food for school lunches, I could go on and on.

The boogey men are out—white supremacists, misogynists, homophobes, anti-Semites. Our rampaging president does a sword dance with Arab potentates while his supporters and his opponents duke it out on–line and in the streets. The phantoms of slavery emerge in Jim Crow–like laws, in police shootings of unarmed black men and in the Prison Industrial Complex. Immigrants who have been living in the U.S. peaceably for years, working hard and paying taxes, are deported for no good reason, their families splintered. Gunmen shoot strangers to make who knows what statement in a land where guns are king. The Russians it seems have hijacked our election. The President’s people may have colluded. There are investigations and more investigations; we are holding our breath for justice, for sanity, though we know all this will take time to untangle. We have a President who doesn’t believe in facts, in science or in climate change, who seems to care only about money, power and towers bearing his name, who keeps us in an anxiety state with relentless tweet attacks on all we hold dear: the earth our Mother, our democracy, our immigrant ancestors, our civil rights and liberties, our moral compass, our soul as a culture. He represents our cultural shadow, the worst, most shallow, materialistic, greedy side of America. How do we gain the consciousness we need to confront this?

Tell all the truth but tell it slant —
—Emily Dickinson


Let me offer you some medicine in the form of a poem: Lucille Lang Day’s magical “Oasis.” Day comes at the truth slantwise. She gives us a poem that resists our collective chaos by creating a green and fertile place in our consciousness, a space where soul visits and the Muse begins to sing. Listen:

At an oasis deep
in my left temporal lobe,
I encounter my soul
just before it leaves the party
at 33,000 feet, where
the dead do as they please,
and time is a circular target.

Where does meaning
lurk in a universe
where mountains are mangy
from fires and logging,
the president brags about
forcing himself on women,
and marksmen take aim?

In the heart of a hummingbird
beating more than one
thousand times each minute
during a rapid dive
in a high–speed chase,
while outside a bright theater
night ripens like an avocado,
and a gunman decides
not to shoot after all
because consciousness
is a moth that finally got in.

I imagine the poem’s speaker sitting scrunched up 33,000 feet above the earth, in that dissociated state we call airplane travel. Suddenly something shifts in her left temporal lobe, and she is released from the engine noise and the busy glow of lap top screens into another reality, where she encounters her soul. I know that moment—a sacred moment, a moment of grace—space and time open up, the dead show up, past, present and future converge and the poem begins to sing. The “Oasis” speaker looks down at the mountains, which, like a miserable dog, suffer from mange—a contagious skin disease caused by parasitic mites. In the case of the mountains, the disease is caused by parasitic capitalistic practices, which abuse the forest and the earth much as the president abuses women. The “Oasis” speaker looks for meaning in this ugliness. With the power of the pen she transforms reality: meaning lives in “the heart of a hummingbird/beating more than one/thousand times each minute…” This is a quintessential Lucille Lang Day move—merging a living symbol and scientific fact. Day holds a doctorate in Science/Mathematical Education; her poetry is full of healing medicine in our science-bashing times. 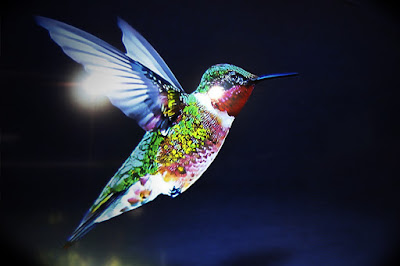 According to American Indian lore, hummingbird medicine evokes joy. Hummingbirds dart from one bright flower to another, sucking nectar, pollinating, able to fly backwards and forwards or to stay in one place. The poem, like the hummingbird, darts from one strong image to another: oasis, soul, the dead, mangy mountains, our misogynistic president. A single hummingbird makes a “rapid dive,” and everything changes:

…a gunman decides
not to shoot after all
because consciousness
is a moth that finally got in.


The poem takes the reader on a journey from a loss of faith and meaning, to the miracle of grace. We find ourselves, with the “Oasis” speaker, in the company of the hummingbird. The moth of consciousness gets in. The gunman decides not to shoot. When the moth enters the poem we are in the presence of a transformational mystery. The gunman is transformed. The world, spared all that evil, that suffering, is transformed. We, the readers, are delivered to an oasis, a healing place with trees and water, where we can imagine that moth of consciousness, like the butterfly whose wings change the weather on the other side of the globe, transforming our world. 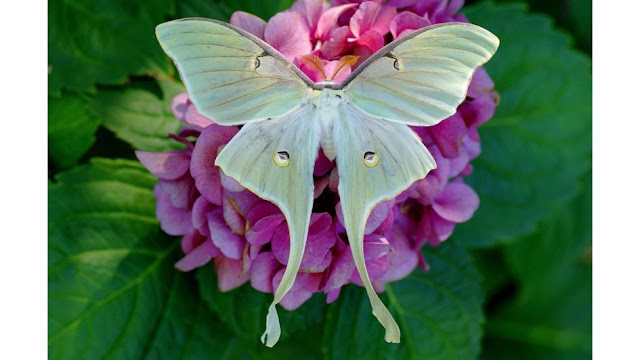