The Muse of Women’s Rage

The Furies embody the dark side of the binding power of eros, the madness of blood betrayed, the primal affective cry when one’s substance and identity are denied.
The Book of Symbols

In the fury of women lies the power to change the world. —Rebecca Traister
Good and Mad: The Revolutionary Power of Women’s Anger

I am still reeling from the Kavanaugh hearings a few weeks ago. I watched them soon after Dan and I had returned from a magical time in Venice. Unplugged from the news, we had been absorbed in a luminous watery world of incandescent canals, boats, cobblestone streets, arched bridges and the heady freedom of no cars. We wandered the mazes of the ancient city, held in place by masses of great tree trunks fastened to the mud deep below. We meandered, got lost, got found, got lost again, found ourselves in a mass of human bodies packed on a vaporetto full of fellow tourists joining our delight in this glorious world. You could tell the native Venetians. They were the ones with the bored looks on their faces. The rest of us were in an enchantment. 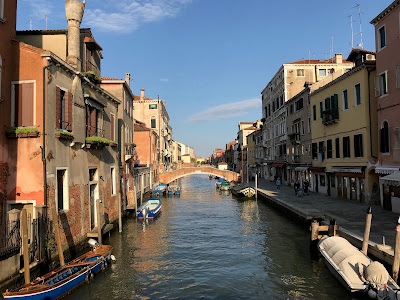 Our time in Venice had been a retreat, a purification, a cleansing of the soul. By luck we had happened on an exhibition—Idoli: The Power of Images—of ancient clay figures, including many I’ve marveled at in books. I was heartened, strengthened, in this time of patriarchal strongmen taking over our world, to find myself overcome, again, by the luminous power of the goddess, so recently returned to us through archeological excavations. I was reminded of the work of Marija Gimbutas in particular, who has awakened so many of us to our deep roots in the feminine.

I was reminded of my first intimations of the Goddess, as a young woman in India, and later as a young woman returned to America in the late 1960s, when news of our ancient divinity began to illuminate our lives and experiences. The patriarchy was coming to its end, we told each other. The power of women would prevail. It didn’t go the way we’d expected.

Something happened to me watching those hearings. It was as though a plug of mucous shot out of my throat and made way for a muse I have denied most of my life—the Muse of Women’s Rage. I grew up under the archetypal shadow of a patriarchal father’s rage. My father was a refugee Jew from Germany. In my child consciousness father and Hitler were merged. His fury ruled our home, made it a terrifying place, made my mother’s shoulders slump, her eyes fill with tears, dragged my brothers by the ears, sent my own anger deep into hiding in the basement of my soul. My father hated angry women. He said they had “hair on their teeth.” I convinced myself that anger did not become me. 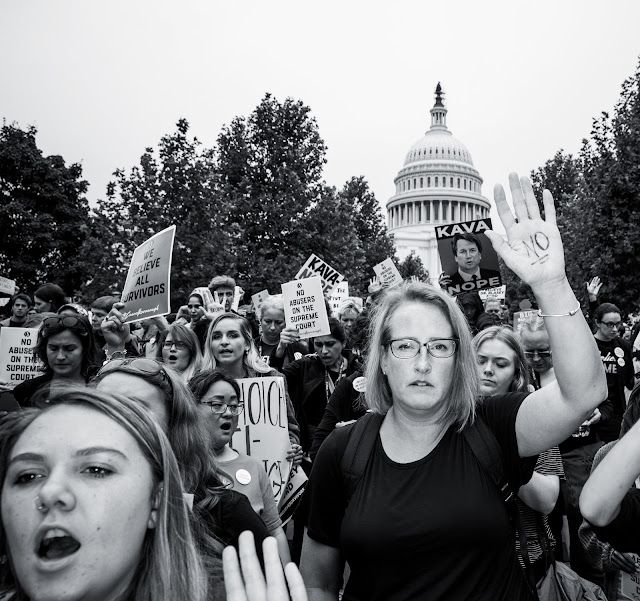 Watching the morning session of the Kavanaugh hearings, feeling the power of Blasey Ford’s painful testimony, and how it was blown to smithereens by an afternoon full of hectoring, furious white men, made me, to borrow a phrase from Rebecca Traister’s opinion piece in the NYTimes Sunday Review “incandescent with rage and sorrow and horror.” (“Fury is a Political Weapon” Sept. 30, 2018) I’m not used to managing this kind of feeling. I find Traister’s opinion piece, and her new book Good and Mad: The Revolutionary Power of Women’s Anger, very helpful. She argues that rage can be fuel for political and creative engagement. Like fire, rage can be used to illuminate, to cook, to create a clay goddess, and it can be used to destroy. I found her advice strengthening, encouraging. In her opinion piece she wrote:


If you’ve been feeling a new rage at the flaws of this country and you want to change your life in order to change the world, then I have something incredibly important to say: Don’t forget how this feels.

Tell a friend, write it down, explain it to your children now, so they will remember.

Clearly I have to change my life by owning my rage. Clearly I have to use my words; they are my tools. I offer you this poem—my expression of the rage of women. I say to you who read this: If this poem speaks to you, please send it on to your friends and your kin. Urge them to vote, to get others to vote in our upcoming midterm elections, perhaps the most consequential elections of our lifetime. I urge you and your friends to support Emily’s List, which supports women candidates all over the country. Whatever is your mode of political expression, use it to voice your feelings about our frightening times.

All of us are you   Christine   in this moment
All of us in tears   because that’s what we do when we’re mad
All of us took off the day    to watch you tell
what few of us have ever dared to tell
All of our eyes dart   from senator   to prosecutor
Prosecutor?     Whose nightmare is this?

Some of us watched Anita Hill face those same   white men
those same    dead fish eyes     a generation ago Anita was so
self possessed    Not one hair    went astray    in her careful do
while your scared hair    Christine    blows around    tangles
in your eye glass frames     tries to hide
the terrified fifteen year old in you we all are
For who of us has not felt    that heavy hand over our mouth
Who of us has not feared    death by suffocation?
Who of us has not heard    that nasty laughter?

Shirley Chisholm locked herself in chambers      Wept her rage
at those old boys    who dismissed     diminished betrayed her
They could not tolerate     a black woman    running for president
Who of us did not feel    primordial fear    when Hillary spoke up
while the guy with that schlong of a tie    stalked her mocked her
Who of us did not feel the hot tongs    of the Inquisitor
when in the Quicken Loans Arena    in Cleveland    in 2016
a guy with a tie incited the crowd to    “Lock Her Up!”    “Lock Her Up!”