The Muse of the Opposites 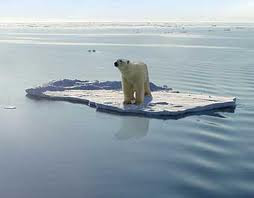 “Holding the tension of the opposites” is a Jungian mantra. Worrying about the future of glaciers, polar bears and grandchildren, I weave between the opposites of hope and despair. I wish I could land on hope and live there. But Jung reminds me that “Life, being an energic process, needs the opposites, for without opposition there is…no energy.” We might add: without opposition there is no democracy. Neither democracy or holding the opposites is easy. It is shattering to one’s firm convictions to open oneself to the opposite view. But, as Jung points out, it opens one to “wider and higher consciousness.”

It’s not only individuals who must hold these tensions, but countries, cultures—the whole world. In our shattering times we know the danger of identifying only with one side of things. Jung describes it well. “The more compulsive the onesidedness…the more daemonic it becomes.” Our congress is a case example. The majority of politicians have some flexibility, some capacity to hold the tension of the opposites. However, those that can’t or won’t, have created a daemonic polarization and paralysis. Instead of a back and forth flow, we suffer a severing of our connection to our government, a severing between opposites: freedom vs. community, gun rights vs. gun control, haves vs. have-nots, rural vs. urban, the narrative of America as a refuge for those fleeing poverty and tyranny vs. the narrative of America as the Wild West where anything goes. 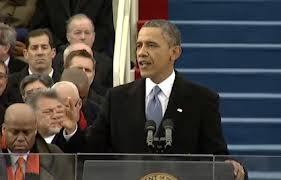 What a healing it was to watch Obama’s second inauguration. He himself is an adept at holding the tension of the opposites, a capacity that has gotten him into trouble with his base. The hope side in me was deeply stirred by his speech—by how many opposites he named and brought together.

He honored the past and called upon us, his fellow citizens, to work for a better, more egalitarian future. He invoked the ancestors, Lincoln and Martin Luther King and spoke for future generations and our threatened earth. He spoke of the need for community, for social responsibility and co-operation, while praising the vitality of a people who are suspicious of centralized authority and value freedom. He spoke for the warriors and he spoke for the peacemakers, arguing for the hard work of real diplomatic engagement that can turn “sworn enemies into friends.” He said: “We cannot confuse absolutism with principle.”

Perhaps because he is himself a product of such opposites: black and white, African and American, he is eloquent about the new responses that a changing world requires. Our forebears’ belief in equality has had to take new forms. At Seneca Falls, at Selma, at Stonewall new consciousness was born; it opened our culture to a wider and higher understanding of women’s rights, African-American rights, and gay rights. What once seemed impossible now seems obvious.

We live in disorienting times of vast energetic changes—revolutions, wars, migrations, terrorism, economic collapse, rising seas and violent weather. The pairs of opposites that described our inner and outer lives—East/West, Hero/Outlaw, Madonna/Magdalene, Apollo/Dionysus—no longer tell the stories of our times. When myths change we feel disoriented. When gods die and new ones are born, when long dead and forgotten gods come back to life, we don’t know what ground we stand on, what story we belong to. 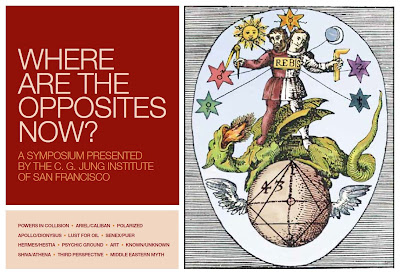 We wonder “Where are the Opposites Now?” This compelling question will be taken up in a day long symposium presented by the San Francisco Jung Institute on Saturday, February 23rd at the Firehouse at Fort Mason. Jungian analysts will join artists and activists to explore our changing world and it’s myths. You can read about this unique day and register at wwwsfjung.org or wherearetheopposites.eventbrite.com. Please join us.


* * * * * *
The opposites take many forms. In my life as a writer I’ve struggled mightily to hold the tension of the opposites of the creative flow and the book keeping practices required on the business side of poetry. If you want to publish you have to research appropriate literary magazines, send poems out, keep track of what poems went where, which were rejected and which accepted by whom. Who has time for all this when the Muse calls?

This job was made so much easier for me when I decided to work with the submission service, Writer’s Relief. They have smoothed my capacity to handle the detailed work of Poetry Business, by doing most of it for me.

Writer’s Relief had to hold a really difficult tension of opposites recently. They are based in Hackensack New Jersey. Their headquarters was badly damaged in the hurricane, Sandy. Their roof blew off. They can’t return to their old home. They had to find temporary quarters and have just moved into a new permanent place. Through all this chaos they kept up their e-mail connection with me, kept track of my poems, did their work of finding markets, copy editing, keeping track of my submissions. I was so moved by their gallantry through the storm.

When they asked me to make a video for them I did so gladly. You can check it out at: http://www.writersrelief.com/blog/2013/01/featured-client-naomi-ruth-lowinsky/