News from the Muse: The Day of the Dead Muse 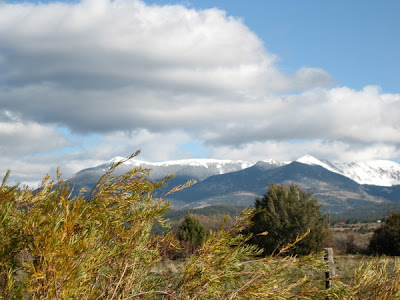 At dawn of the Day of the Dead I saw the sun rise over the Truchas Peaks. It blazed in the branches of the aspen, whose leaves were yellow and glittering in the thin air.

We don’t sleep well here. Is it the altitude—8,000 ft.? Is it the thinning of the veils between the worlds at this time of year? Is it the spirits in motion, touching us, awakening us to other worlds?

Dan and I are here with our friends Patricia and Donald, in a state of arousal and amazement. The mountains are touched with snow; the aspen and the cottonwoods are glowing with gold; there is a holiness here that holds us and guides us—we walk in beauty.

On the Day of the Dead I was touched, as I often am, by the spirit of Don Sandner. He loved this land and knew it well. He had studied the Navajo and their rituals and learned from them the deep ways of an ancient people. He brought that knowledge to the community I joined in the ‘80s, when I became a candidate at the San Francisco Jung Institute.

I wanted to become a Jungian analyst because Jungians were the only folk I knew who were open to the fluidity I experience between kinds of consciousness. Mostly they were open-minded when I spoke of worlds beyond the everyday, meanings beyond those understood by the “Spirit of the Times.”

But Don Sandner was more than tolerant, more than interested in the mystic and the weird. He cultivated it; he lived it. He led a drumming ritual for the candidates, at Jessica’s barn in Petaluma. Before we entered that sacred space, Don smudged us with sage, and used an eagle feather—whoosh!—to cleanse our energies. Then we lay ourselves down among sweet smelling bales of hay while Don began to drum. He drummed and he drummed. And the visions and the visitations began. When the White Wolf appeared to me, he knew who she was. 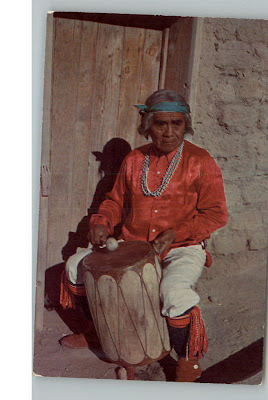 He left us for the other world, very suddenly, one Easter almost 15 years ago. I had had a dream about him—one I told him—that he was walking down a river to the sea. A white baby alligator had his hand in its mouth and was guiding him. I did not know then, that the baby alligator was a psychopomp—a guide to the underworld. I wonder if Don did.

I do know that he lives in me, visits often in my meditations, is glad that Patricia and I are here, in this wild and sacred country, editing a book of essays about the living experience of other realities.

Don’s passage left a big hole in our community. I wrote about this in a poem.

SINCE HE LEFT HIS BODY
for Don Sandner

He knew what to do with an eagle feather
how to sweep clean the air around us
clear our heads of angry noise
as we entered the barn
We lay on sweet smelling grasses
we who’d been smudged, who’d been purified
and he beat and he beat and he beat on that drum—
we thought it was forever—the White Wolf appeared…
Those who know the animals
who know feather sweep, drum beat
corn dance—how the people shift
from one foot to the other—
know there is a place for each one
coyote, snake, rock, child—
So the White Wolf sings to the hills
So she sings to the fire—
The truth is
we’ve never been the same
since he left his body so suddenly—
teeth of the alligator
scissors of mind—rocks severed
from gods—
trees cut down
cut down—
Are we lost?
Nobody beats the drum
Nobody sweeps clear the air
Nobody remembers the dance
Nobody is a dark cave
where the White Wolf
still lives
See?
She lifts her head to the mountain
She pricks up her ears…

This poem was first published in the Jung Journal 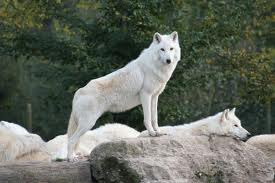