Take pains to waken the dead.
C.G. Jung in The Red Book


Honoring the dead is an ancient and essential practice. Feeding the ancestors is a religious ritual across cultures -in China, in Africa, in Mexico. In Judaism there is a simple ritual: we light a candle on the “Jahrzeit” -the death day- of the departed. Jung says we must “waken the dead.” I think he means that it is psychologically important to wake their spirits within us.

My father’s “Jahrzeit” has just passed. I lit a yellow candle for him. I gave him an orange chrysanthemum. I always associate his death with fall colors. That fall, 26 years go, when I went to see him just before his death, in a hospital in Chicago, the colors of the leaves near Lake Michigan were intensely yellow, orange and red.

The photo of him and my mother, hanging out of a window in Cuba -newlyweds, the sun kissing their faces -graces my altar. 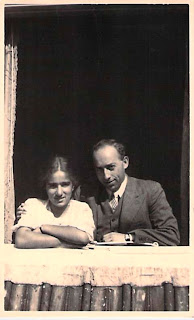 They were so young, just escaped from the horrors of Europe -the brown shirts, the yellow stars, the shattered glass of “Kristalnacht.” Here they are in Havana, with my mother’s family, waiting for visas to get into America. There is sweetness between them, a tenderness that I did not see much growing up.

My father died before the Internet, before blogging. But I offer him this blog posting, as part of my “Jahrzeit” ritual. I want to waken his spirit in me, to honor him with these reflections, and with poems.

In life, I was afraid of my father. We children all were. He could be full of rage, ferocious, cruel. We all quaked when we heard him thundering down the stairs shouting “Potfadorry, jezt hab ich aber eine Wut.” This means something like, “Now I’m really angry.” “Potfadorry," however, is mysterious. It seemed to my child’s ear to be a magical German expression, half curse, half joke, but always a sign of great danger.

My brother Si was talking about this the other day. He told a story of coming to me and our brother Ben for advice when he had to choose a musical instrument. Playing an instrument was a requirement of membership in the family. My mother played the violin and the viola. My father was on his way to becoming a concert pianist before life intervened, and he became a musicologist. Ben and I both played the piano and had been the objects of many a “potfadorry” rage. We advised Si against taking up piano. Play something Dad doesn’t play, something unfamiliar to him. Flute, for example. That worked pretty well until the day Si left his flute on the bus coming home from school. 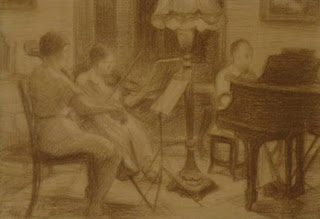 Sketch: Dad at the piano, mother on violin, Aunt Ilein on cello.
by Emma Hoffman, (my grandmother)
But Si, who caught more of our father’s rage than anyone, was always the one who saw the good in him: his brilliance, his passion for music and art, his intensely liberal politics.

It has only been in the years since his death that I’ve been able to open my heart to my father, to see the beauty of his burning intelligence, to see how he lives in me.

Father, I have hated you and I have loved you. I have written many poems about you. I offer you two poems for this Jahrzeit. In “the great fugue of my father” I begin to understand how my relationship to you is changing since your death, that in many ways I am your ”spitting image.”

“at 19 before she became my mother” is written in the voice of my young mother. I imagine how she felt as your bride. Both poems are in my poetry collection “Adagio & Lamentation.” I wonder what you’d make of it. Your spirit, which lives in me, reminds me that your music, your knowledge of cultures and the arts, your passion for beauty, inform my poetry. And though you wandered away from my mother with another woman, I also know that in your way you always loved her and she always loved you. As she, now 91, wends her way out of this life, I want to honor your early love.


the great fugue of my father

a sensuous woman’s peignoir
flung teasingly over the edges
of brooding hills
is it true
are we actually
laughing together
my father?

they say I am
your spitting image

a woman with a lute
is singing from another time 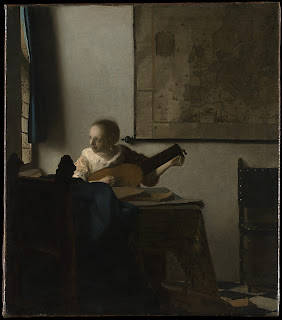 land will I live
far from my parents will I really
be his American wife
and bear him
American children? 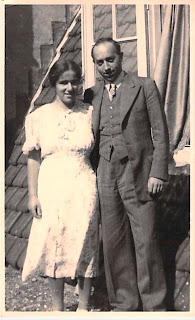